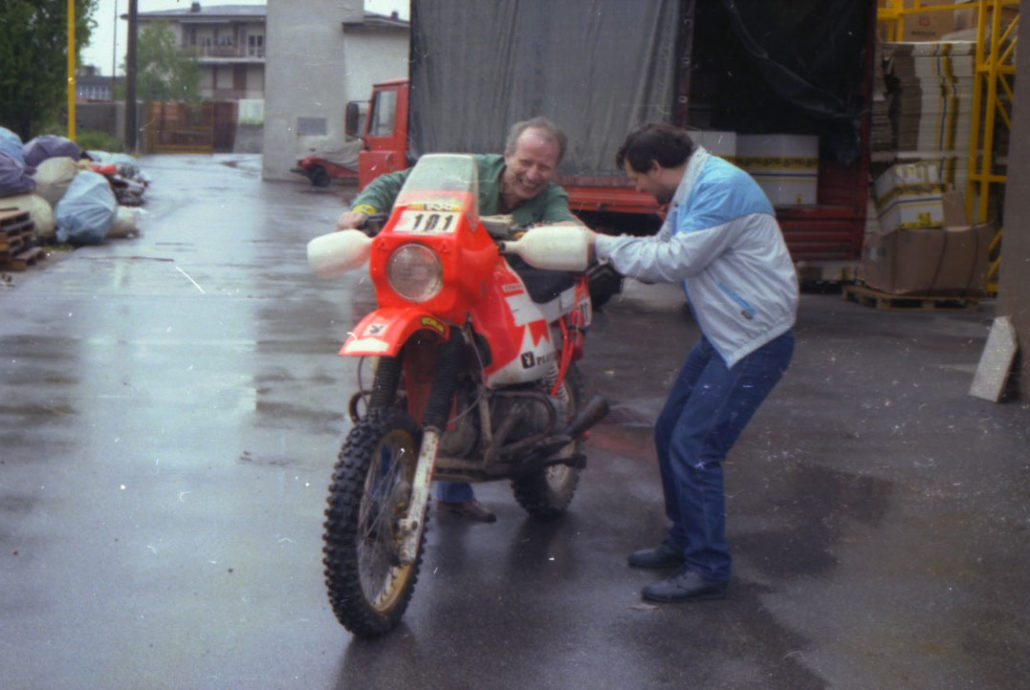 The Dakar, the one with a capital w, is full of legends and stories. Some are short stories by "fishers", magnified, enriched and made legendary by word of mouth and since. Stories we've come to love and we hold as true. Other tales, generally those most incredible, real are also in commas.
What we have been told by Claudio Towers (6 Dakar from 1984 at 1991) It is an anecdote that falls into those true events, in those who do not need to be colored and flavored to be immortal.

We talk about the “Bavarian Rat”.

We heard it directly from the towers during lunch. When we told our Already had the eyes lit up, like those of a toddler who has combined a mischief but it was proud and seeks understanding from court, If not one off at least a little’ of sympathetic understanding. A rascally light, who years later still feels that he has done a great little tricksy. Hesitate a bit, before you pull out the drawer of memory details but eventually becomes convinced. She smiles and says "now all will be prescribed". 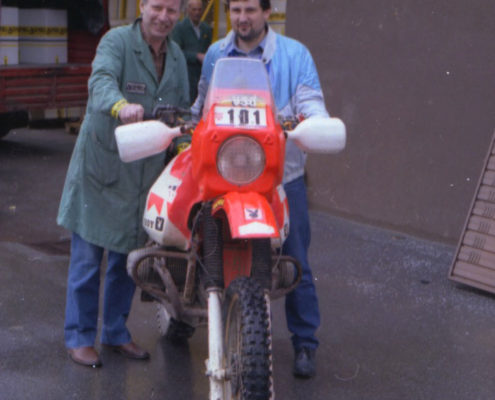 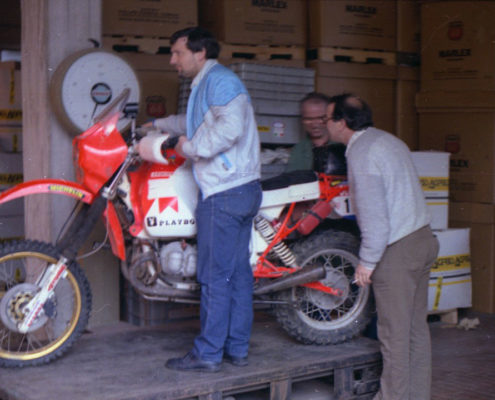 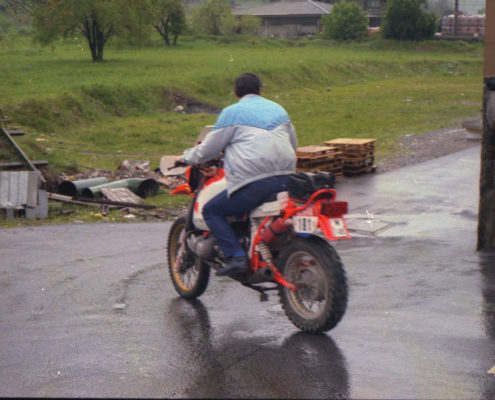 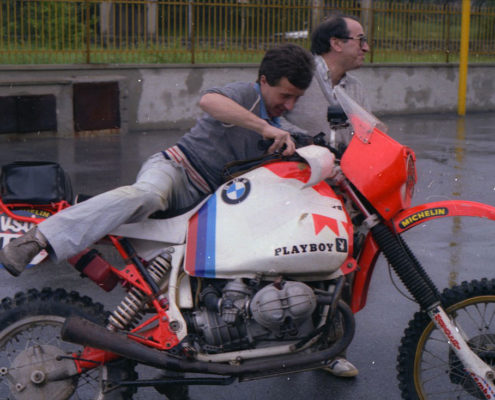 Towers is one of those riders that the Dakar has studied and understood it, that became biker and mechanic km after km, year after year. Every year a little’ of experience, something new included, a change to be made to the project, an improvement to introduce.

In those years the reference in the race of motorcycle was the BMW with its Gelande-Strasse sailed in the desert.

Towers has always had curiosity and inventiveness so typical of the inhabitants of the beautiful country and one initiative that is in the genes of those born in the province of Bergamo. He always fielded everything you need to get the best without ever backing down pursuing his ideas even when they looked like fools, even when proved wrong. Once again understand where is the solution to an age-old problem that nagged his Moto Guzzi to Dakar 1984, the rear suspension, practically ineffective which forced a constant guide standing on running boards. 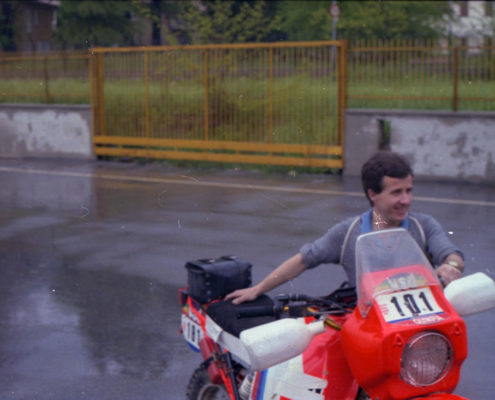 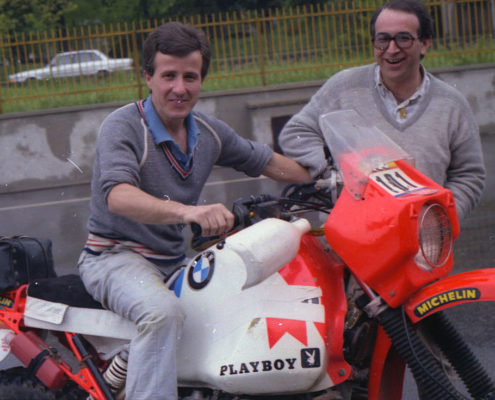 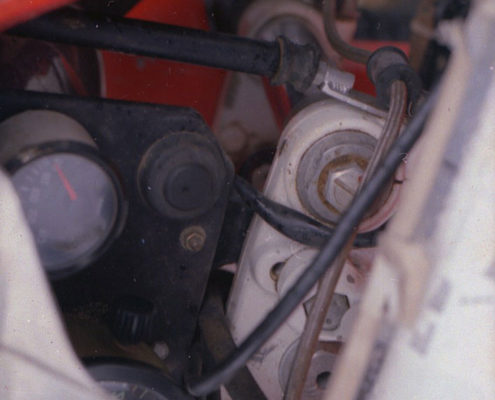 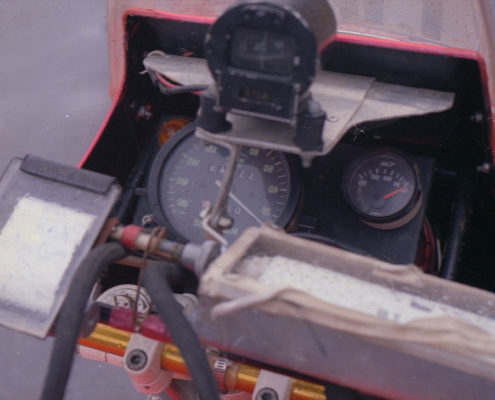 Decides that there is only one way to shorten the time of study and development: copy from the best. In the end, if they do so the Japanese because you don't do that, you will be asked. Just a hunch in the eclectic mind, inventiveness and brilliant as that of architect Towers becomes a Pioggiadifuoco. And it won't be the first or last. The easiest way to study the best is getting a bike of the best. The BMW. BMW R80G/S of fresh Dakar winner Gaston Rahier 1985. BMW retained, Obviously, in Munich.

When you're used to solve problems in the middle of the desert, Maybe in the middle of the night, When you're hungry, tired and with still hundreds of km to go without knowing precisely what direction, the thought that go to Bavaria to take a motorcycle can be complex won't swipe. And our breaks down not. Reduced to a minimum the plan presents two problems: need a truck and a pretext.

Who knows, Maybe because the Germans they goaded the Teutonic pride. I imagine the good towers that comes with the van and two burly and moustached Bavarian warehouse that load the bike on German engineering and mechanical supremacy blathering about van. Of course along the way the bike will be diverted to Modena to take a break and be admired. Not by a group of bikers at a rally but by towers and who will have the opportunity to steal the secret of that rear suspension.