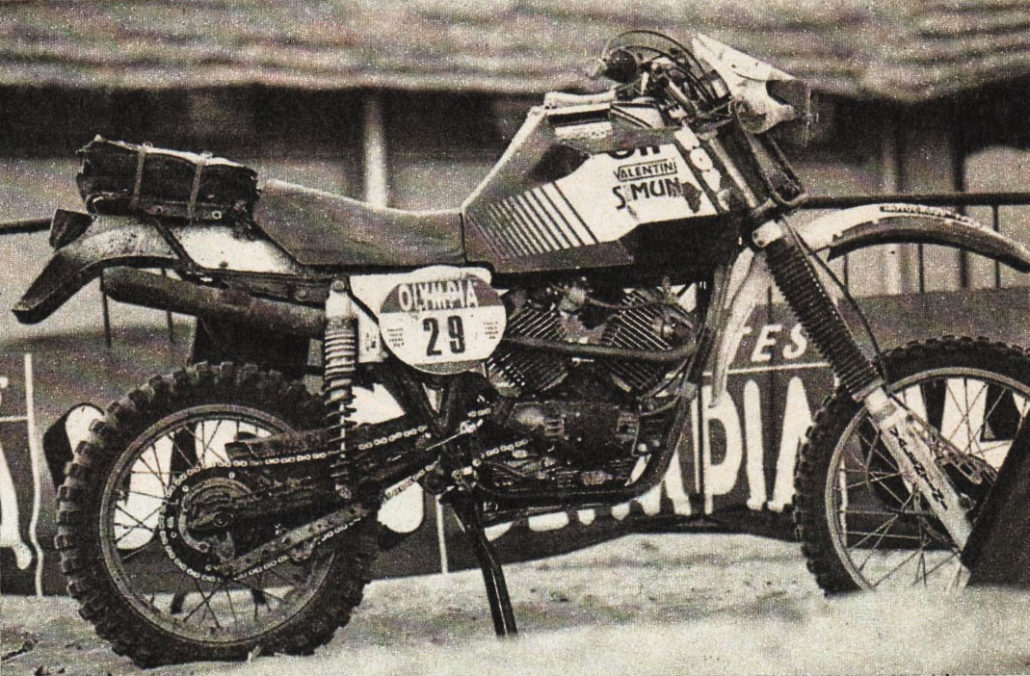 Typically when it comes to twin-cylinders for African rallies until recently you could only refer to BMW, and after the Rally d'Algeria in November also at the Ligier-Cagiva with Ducati engine. But there's another one of twin-cylinder, italianissima moreover since it is the Morini, which also maintains the compatriots suspensions Marzocchi where they generally focus on the Swedes Ohlins.

Three years earlier the trainer Valentini of Prato he worked hard with a well-prepared team, but he was mocked by a distribution strap that left all the pilots on foot. In 1985 they tried again Cecccherelli - Wikipedia — but unfortunately for him the race lasted only one week (Fracture) — and Gagliotti - Wikipedia that went all the way to the mythical beach, of Dakar with a bike more than used: "Morini went well, helped us a little bit’ luck, and we did it. The assistance was what it was (Valentini and Deganello in the Fiat Campagnola already prepared for 1'83) and he did too much. Motorcycles are just the same as two years ago: chassis and advance as standard, of course tank increased by 38 liters, different shock absorbers. They are certainly outdated compared to the others but overall they have been able to get here. In addition to being 17th until the last stage I am always second in the class up to 500».

Deganello: "This year morini's commitment has not been, the participation was in private form of the Valentini dealer mostly for Gagliotti's determination to make the race. Despite the release of camel's new model with single shock absorber and a certainly better bike we did not have time to prepare it and we preferred the same bike as two years ago. Marzocchi has revised our suspensions (they're not even new so, n.d.r.) and morini the engines. Valentini made available everything that was already there: motorcycle and Campagnola, Spare parts, equipment and himself.. 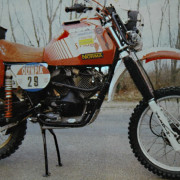 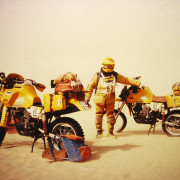 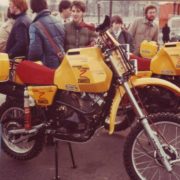 DAKAR 1983 | Le Morini Camel 500 three specimens were at the start of the Paris-Dakar. 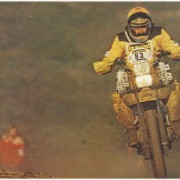