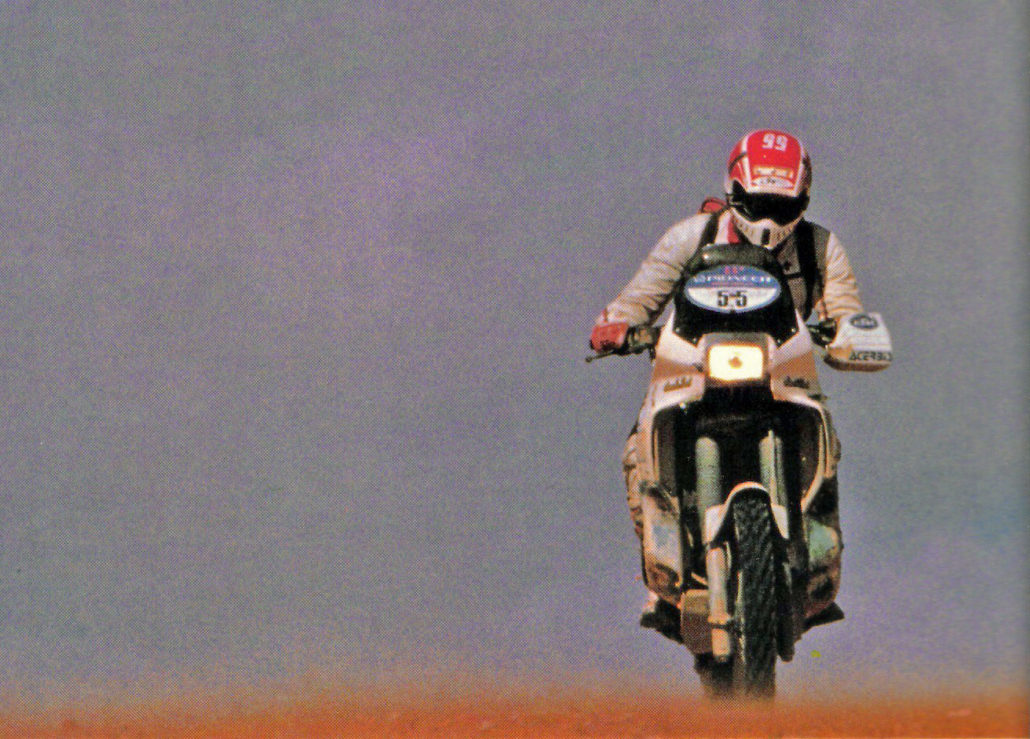 The problems that can happen during a Paris-Dakar are countless and of all kinds. Some are egregious, predictable but others are difficult to predict and diagnose. Refueling has always been a delicate moment. There are all kinds of stories, travains made with shopping bags, negotiations with the locals, top-ups made from glass to glass.

And gasoline was certainly not of first quality. Sometimes, linguistic misunderstandings or cunning, some locals sold diesel to participants, leaving them on foot after a few miles. What happened to Claudio Torri in 1989 is one of the problems that are difficult to understand and diagnose. Those times when the bike plants you, get tited up and doesn't make you understand what the problem is, like a capricious companion who doesn't want to reveal the reason for the anger.

Towers drives a KTM 620 LC and we are at the end of a Libyan stage, on the border with Niger.

When you're going to start again, In the morning, the bike is unresponsive. Towers tries a, Two, Ten, hundred times but the bike doesn't hint at starting. Nothing. The bivouac slowly wakes up and prepares and the Bergamasco is still fierce against the start of his bike. Every kick accumulates anger and nervousness. But the bike doesn't care. Property. Helpless.

The bivouac is now active and does not go unnoticed that private so frustrated and fierce against the Austrian monocylinder. They also offer him to try to pull her with a truck, to help him start again. Nothing, you don't need brute force, The KTM of Torri doesn't want to know about it.

Nobody has an idea, nobody understands, no one has a suggestion that can make you understand how to intervene. It all looks perfect. It just doesn't start. There is no diagnosis, there's no cure. Towers decides to surrender. If the bike doesn't start and you don't understand why, needless to insist. The vehicle is loaded onto a truck to Dakar, where he will have to be repatriated, to be withdrawn.

As soon as the mechanic arrives, he unloads it from the truck, look at it again and then try to do as we do with appliances: we do the same thing after time, to see if it's true that time fixes everything. Maybe it doesn't always work but that day, in Africa, at the first half-pedaling of the mechanic the bike started again and resumed singing, how nothing was.

After the astonishment came also the diagnosis: at the last refueling the gasoline was watered down like the cocktail of an aperitif game of a tourist village and during the night the water had become ice, preventing the engine from turning on.

Because at night, the Dakar, he could do a lot, very cold. Did you know that.?

DAKAR 1996 – KTM: a squadron in the wake of the winner
Scroll to top