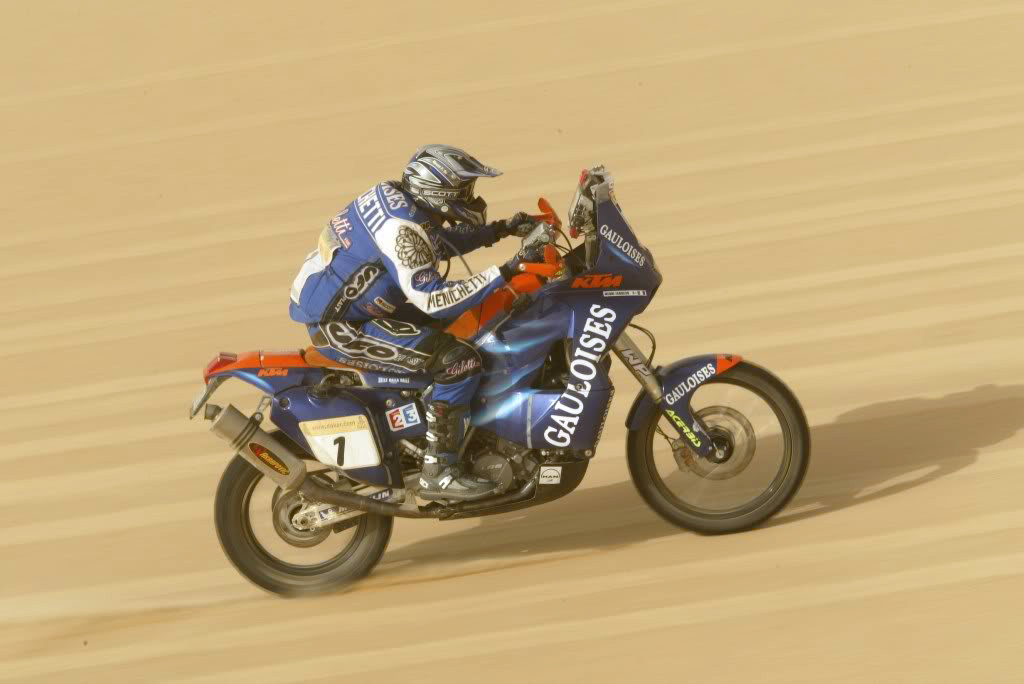 It's been years, but it seems like yesterday. On the 11th January 2005, during the course of the eleventh stage of the Barcelona-Dakar, between Atar and Kiffa, per kilometre 184,85 on a stretch of track with several undulations dies Fabrizio Meoni. The accident is a sudden, terrible and irrevocable, with a dynamic that you can't still to explain fully.

Cyril Despres, that runs in front of the Italian, does not notice anything. Will Patrick Zaniroli feral known himaunt on arrival, and a week later the French will win his first Dakar. Shortly after arriving Marc Coma, Isidre Esteve and David Fretigné. The latter activates the radio safety recalls balises on site the medical helicopter. Meoni is subjected to 45 minutes of CPR, but there's nothing left to do. Meoni had accomplished 47 years on 31 December.

After Motocross and Enduro, Justin Meoni was passed to Rally in 1988, in 1990 He had won the Incas Rally, from Lima to Rio de Janeiro, a KTM 500 two-stroke, and in 1992 He finished 12nd place his first Dakar from Paris to Cape Town. In an impressive crescendo, Fabrizio Meoni won in Tunisia, in Egypt, in Dubai, and in 2000 the World Cup.

In 2001 Fabrizio Meoni won his first Paris-Dakar, inaugurating the series of KTM that lasts until today, and the following year was repeated, winning the Arras-Madrid-Dakar with KTM twin that had developed with Bruno Ferrari, the "iron", and Arnaldo Nicoli. Past the shop he ran in Castiglion Fiorentino to the mechanic and friend Romeo Feliciani, Fabrizio Meoni wanted to do even a couple of seasons and of Dakar, then retreat. In 2003 He had finished in third place and in 2004 on the sixth but with some boredom of engine and tires, so he decided to play even the Edition 2005, because he wanted one last Dakar without problems. January 11th Fabrizio Meoni was on course for victory.

In a suburb of Dakar a school bearing the name of Fabrizio Meoni. For years he worked on the project, Unbeknownst to all, with Father Arturo Buresti, and the testimony of his sensitivity to the lives of the less fortunate, his immense love for that race and for the desert, for the simple things in life. Fabrizio Meoni knew enchant for its unpretentious authenticity, He had the charisma of the right people, opponents feared him and that they were proud to compete with him, men who respected him, friends who don't ever forget.
(moto.it source) 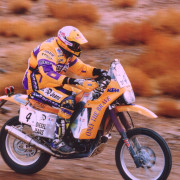 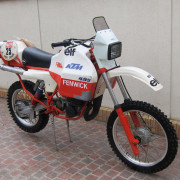 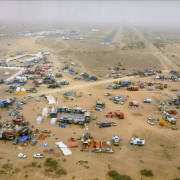 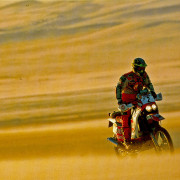 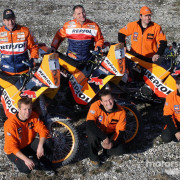 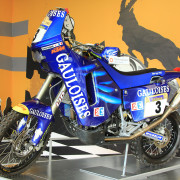 Cyril Neveu: the first of the first!
Scroll to top