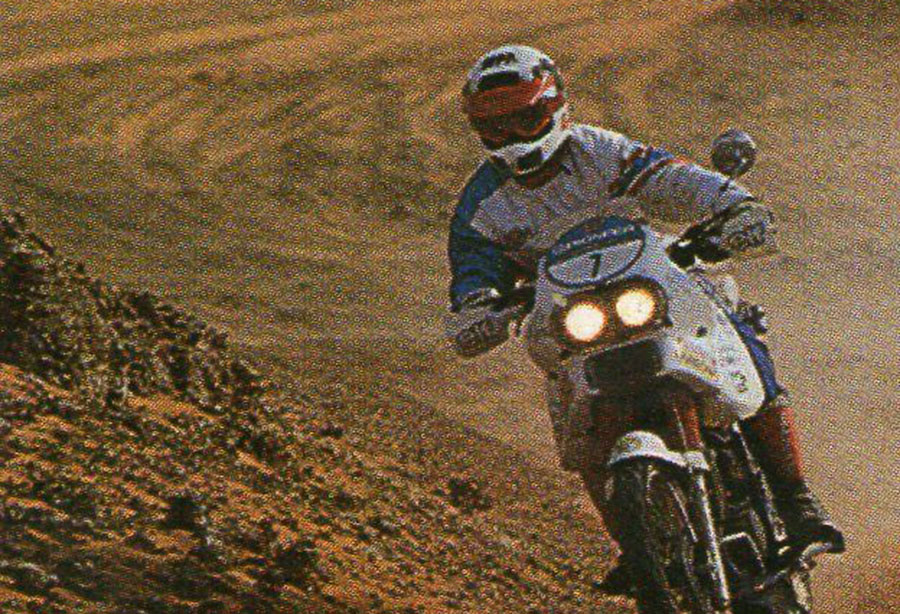 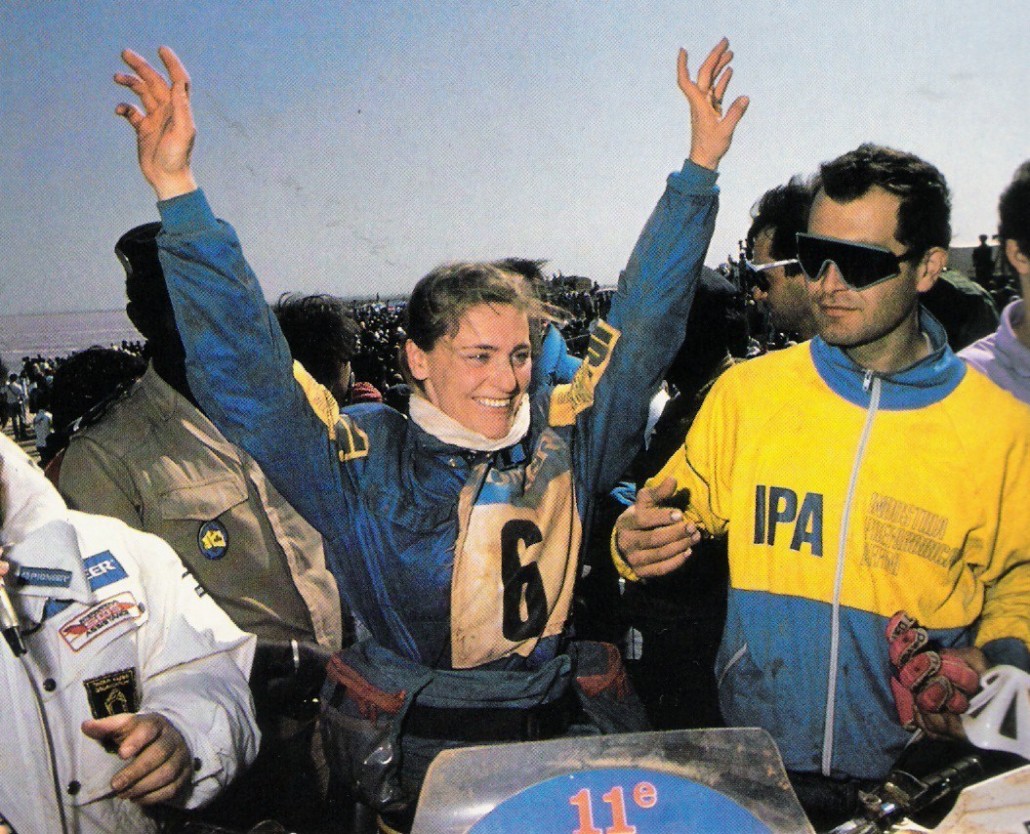 Friends dakariani, We found among the dusty stacks of magazines, an interview with Motosprint to Franco Zaki and the late Patricia Wolf. There seemed dutiful and respectful to not give it a space on this site.

The Paris-Dakar race is a race hard enough in itself, but there is always someone who decides to complicate it further with some outlandish idea as to leave the French capital on three wheels, in sidecar or trike, or relying on reduced power of a 125 or a 250, being then to flounder at walking pace in the sand.

Usually these initiatives where they believe little even the same protagonists, that reflect the way home after a few days of Africa. Make exception to the category Franco Zotti and Patricia Wolf, departed from Italy to reach Dakar Edition 1989 riding two Honda XR 250 four-stroke.

"I did it because if you get to the finish line with a 600 you're Nobody explains Zaki — while finishing the race with a quarter of a litre is worth something more».

Gorizia, Twenty-nine years, Zakaria is the second Dakar after a brief participation in the 88, of which you spoke because to try to increase the budget jumped into water from a high bridge 22 metres. This year instead of to finance itself has quit his job…

«Risk his life by jumping into a river to raise pennies is madness, for this I gave up. I quit my job and settling for the ten years that I worked as ma-gazziniere I paid membership. For the bike, the mechanic and the expenses I made of debts. Once home I'll find another job and to pay. Isn't it crazy. Everyone has their dreams and if I arrive in Dakar I will have fulfilled my».

For Patricia Wolf instead, to run with a 250 wasn't exactly a choice. "In reality, After the course the Pharaons Rally didn't even come to Dakar the idea came when I was at the car dealership will run in to order the bike with which Ormeni 89 Maximum Orme-ni offered me to participate with a bike identical to that of Zamindar that was ready. I couldn't refuse».

27-year-old German Darmstadt, Patrizia is coming to Italy three years ago for one of his first races and hasn't most gone.

"I started running in the enduro in Germany, but is Bergamo the capital of this specialty, so I stop-ta finding a sponsor in IPA (a company that manufactures prefabricated) that today is also the company I work for. Eventually I'll have to leave Dakar but basically my favorite specialty is enduro. To run just a motorcycle and away, without much trouble to support».

Graduated in architecture at the University of Frankfurt, ipersportiva (to train practical jogging and cycling), Patrizia discovered in Africa love of motorcycles. It was in Algeria, in Tamanrasset, to practice free climbing, another of his favorite specialties, and he saw every day some biker departing or returning from the slopes. Until someone didn't try. "I enjoyed it very much and so I ended up changing sport, also because I came back from Africa all flayed for a fall while climbing a wall and because I no longer friends with the same passion».

His second Paris-Dakar rally was the only woman in the race. Traveling at a speed that in the sand does not exceed 60 km/h frank and Patrizia travel one side by side, helping each other to get out of trouble when needed. Shoulders have a bundle of seven to eight pounds between tools and replacement parts. All you need for luck. The imperative is to stop only in Dakar.

Ed. Franco and Patrizia regularly arrived in Dakar on their little Honda, at 31° and 32° position, on 60 bike to the finish!