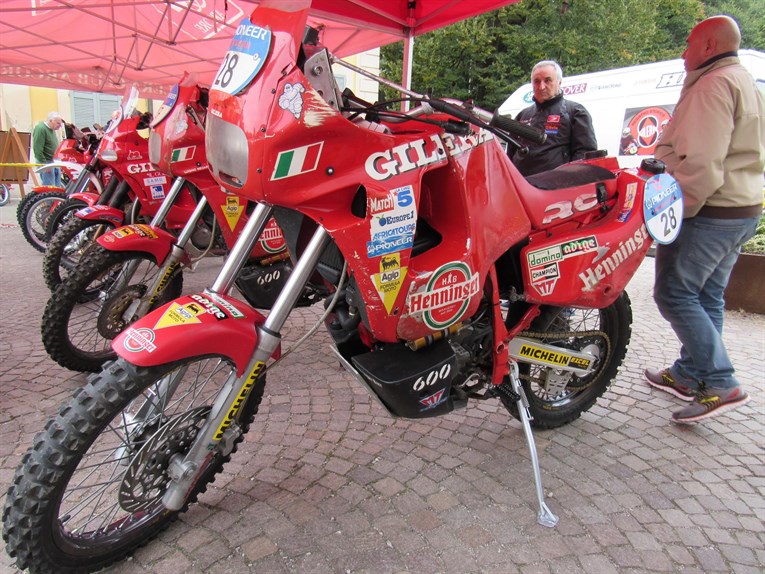 Claudio Quercioli he can't say he didn't arrive in Africa, but it went a little further. His race ended halfway through the first transfer, with a seizure that forced him to make the last 160 km towing. The replacement engine has not even been unloaded from the service truck: the next morning he left at a low pace, escorted by a Libyan police car, to return to Tripoli.

"I finished the stage pulled by Savi's truck, also taking a big risk traveling to 110 km/h at night, in those conditions and above all I passed the check on arrival, while the regulation provides that this takes place with the engine running. At the bivouac I unlocked the engine with the starting lever, and I discovered that I had seized because the oil was finished. Unfortunately, even the spare engine that already has several kilo-meters on its shoulders could not have resisted.: I had brought it in case it was necessary to take away the bike after a break in the desert, but we don't talk about doing the whole race».

It is the second retreat for Quercioli, that already last year he was forced to abandon after a daring affair: readmitted to the race thanks to the Italian jury member after the commissioners had prevented him from taking the start, he broke twice the truck with which he was returning to take the bike left to Agadez and could not recover it in time. "I'll be back at the Dakar, but only if I can have a team, so you can just drive. I had to give up already after last year, but doing it is beautiful. I gladly make the sacrifices that are necessary to get started; it's when things like today's happen to me that I don't enjoy it anymore. But it makes me laugh if I think that in February I will return the desire to participate in it ».