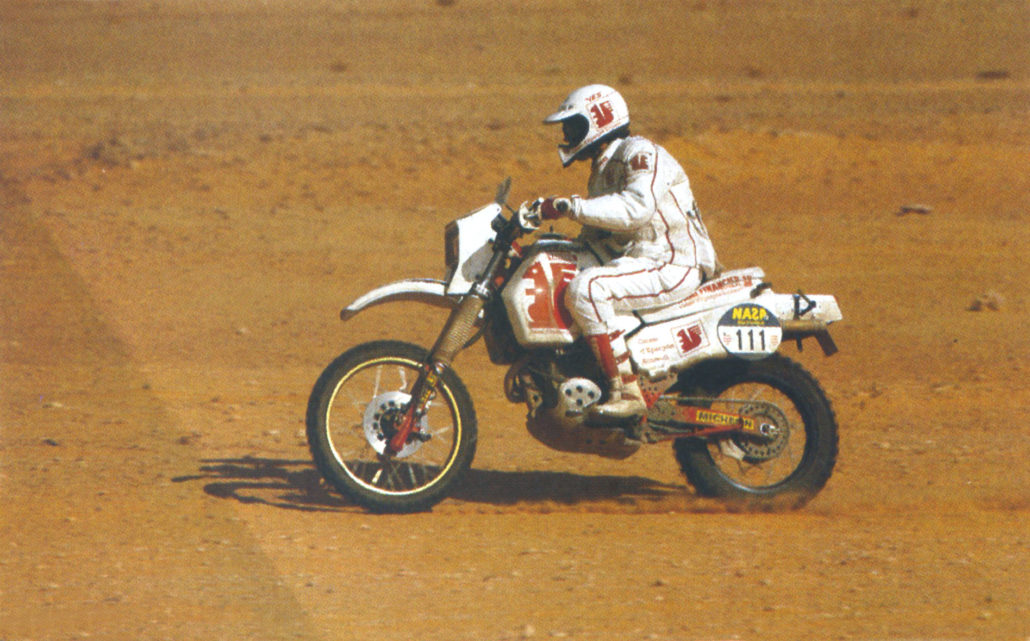 After the euphoria at the start of Paris, the respite is short-lived, and waking up even heavier, on the national road number 20. The bikers act as pilot whales and huddle in the wakes of cars and trucks, glued to the tail lights. So says Pierre-Marie Poli, the leader of the bike after the prologue of Cergy: "The outside of the visor is frozen and the Interior tarnished. Then I open the visor, and, because I'm short sighted, ice is formed immediately outside the de lenses-glasses that fog up inside… Then lower the visor, also because I'm cold, and I've got four layers opaque before my eyes. The only solution is to stick behind a truck assistance, so do I 150 kilometers; When I only see a stop sign means I'm too close, When I see them both means I'm too far. Certain that if he entered a parking lot would have followed without hesitation. The only drawback is that uphill limps a bit. '

The result is that Parker has arrived with only five minutes to spare on eighteen times permitted to run the 1.100 kilometers of the stage. As usual Thierry follows the Caravan for personal pleasure, to soak up the atmosphere always warmer and to gather strong impressions. For cars and trucks, the situation is much more comfortable, If the heating system is not dismounted, as it happens normally in the case of prototypes. The copilots rival outwit to combat fogging invading windshield, breathe in turn is hardly a solution to adopt.

Fennel He brought with him a hairdryer that attached to the cigarette lighter works wonders, but the first prize for the year's Eve tale goes to Jean-Christophe Pelletier (Ed. You may recall his participation at 1981 aboard a Rolls Royce), with one of those stories that much like Thierry: with six Dakar on the assets side and four arrivals on the beach, two cars and two motorcycles, Jean-Christophe is one of the most experienced of the Group. First difficulties already closed Park of Versailles, the day of the prologue, with his Yamaha that refuses to boot.

On top of that came the snow, Although not required by Thierry. Somehow manages to reach Cergy and back with difficulty, plagued by a set of problems of ignition and carburetion. On January 1, the engine stalls under the walkway of the via. Delayed and 7 kilometers south of Limoges, the motor stops permanently. It's seven o'clock in the evening, It is night, It's cold, it rains. His means of support is ahead, because the trucks are left for the first, at seven in the morning. Suddenly two youngsters of sixteen emerge from the Woods and tell him: «But she is one of the Paris – Dakar! Push up to our farm, We have tools.»

As fortune never comes alone, a car stops across the street and down a gentleman with a Toolbox: "I am a mechanic of Motobécane in Limoges, the shelter the bike. ' He had a white beard and red jacket… Push the bike to a kilometer in the fields and take her in the stable. On the left there are some sheep, one of which is even giving birth, right of carts, and in the midst of this yellow and black beast, under the bright eyes of two young boys with red cheeks, who spent the day at the roadside to watch remove all those monsters covered in stickers. The mechanic gets down to business, disassemble the carburetor and after an hour and a half is a flake of paint of the tank into the Bowl.

It's eight thirty at night and Jean-Christophe still has eight hours to get to Sète, under 700 kilometers of rain. Replacement lightning and tense atmosphere in the barn, under a dim light. Despite dozens of rounds of crank there is nothing to do, the bike will not turn on. There is an electric wire of mass that generates a short circuit but the mechanic, representative of Motul in the region and former air hostess, can't find it. At ten is the surrender, There is no longer any chance of arriving on time. New year's fairy tale might end like this, Sadly, What about the two guys invite Jean-Christophe to get into the House. His clothes are drying around the stove and on the table covered with oilcloth show of the dishes a more inviting than the other: smoked salmon, Turkey and other delights. Are the leftovers of the vigil and the motorcyclist disappointed and exhausted you can binge without restraint, telling stories of Paris – Dakar kids who listen to him spellbound. 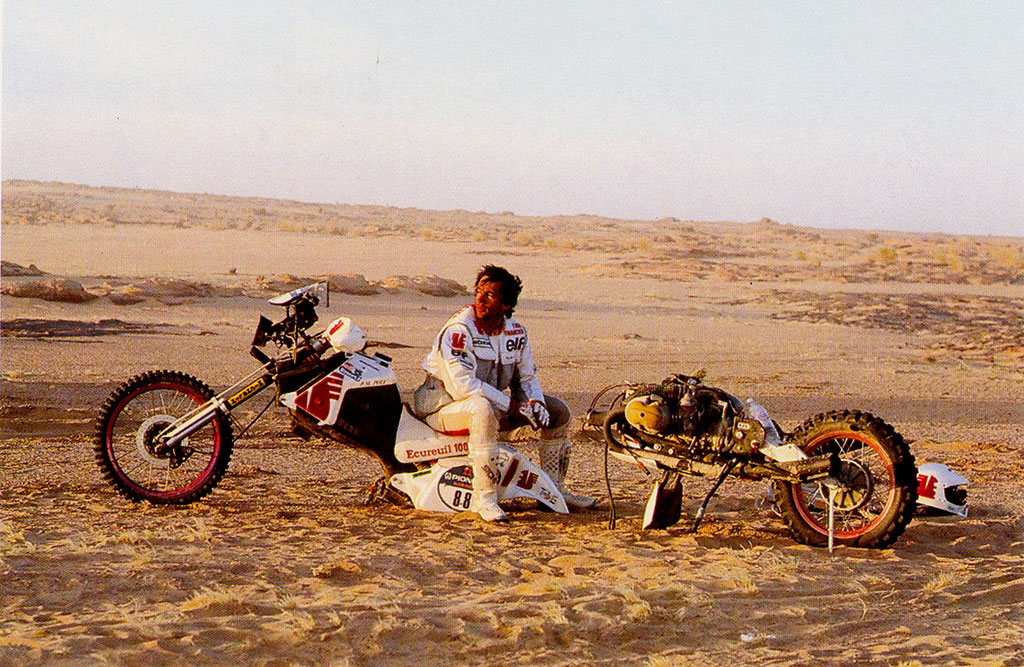