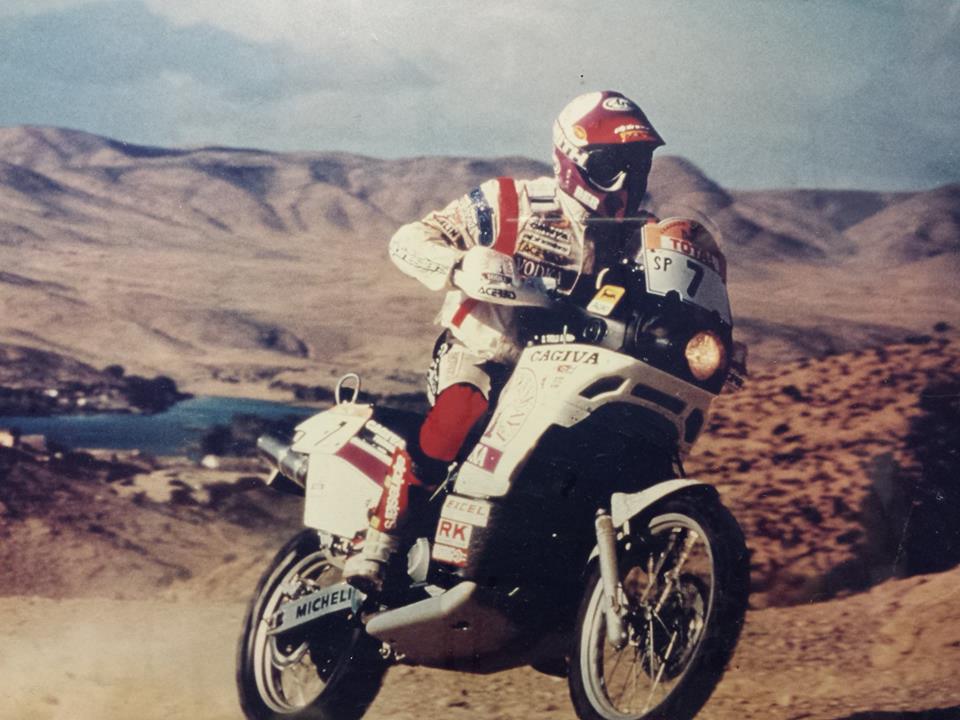 The Ducati twin-cylinder was pretty much the same as the previous season, that is, the tried-and-tested 90-degree V-cylinder, 904 cc cam mast on the head and two valves for demodrobic-controlled cylinder. The gearbox is five-speed, multiple dry disc clutch. The bike brought into the race by Trolli develops about 80 cv of maximum power. The ignition is inductive discharge electronics with variable advance. 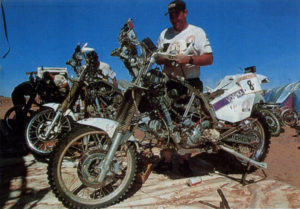 Pictured is the support of the engine built on site with an iron bar.

The Ohlins moshock with compression and extension braking adjustment is also the same, and the Marzocchi fork is also 45 mm with a & #8217; excursion 290 Mm. The changes relate in part to fairing with a more aerodynamic design, different suspension calibration and a slight forward shift of the guide, resulting in different positioning of the saddle and tank.

The platforms have also been moved to the back of the bike, to make driving easier. The capacity of the front tank is 22 liters, while the back one contains 25 liters. The chassis is virtually the same as that of the standard bike with the addition of some reinforcement handkerchiefs in the rear areas and at the height of the fork attachment. And’ at the top trellis in square-section steel tubes and with the lower cradle in light alloy square tubes. 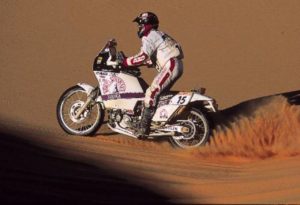 The vehicles in the race recorded the breakdown of the upper support support of the engine. On the official means, this has been rectified by making a change studied and implemented (even with the help of local artisans) on-site. An iron bar reinforced and supported the thruster by tying the carter to the frame in the area under the tank. In 435 km from arrival to Labè in Guinea, Trolli had to say goodbye to the chase to Orioli because of the rupture of the engine.

In the previous stage the pleasure had been unlucky breaking the gas command and lingering further. Also broken Cyril Equirol and Alexander Nifontov, both forced to retire. The first of the ten Cagiva prepared by Azzalin came in seventh place, led by Spanish Oscar Gallardo.