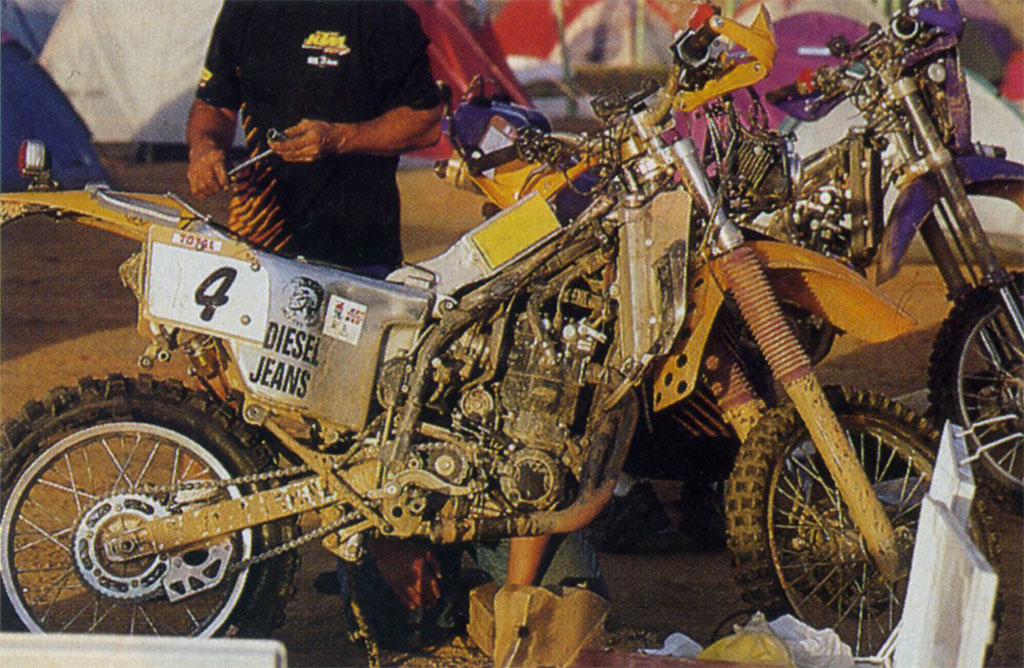 Four bikes in the top five positions; first place in the Marathon standings, in veterans and in women's. There is no shadow of a doubt, Dakar for the KTM it was a great test and missed (even if it's not cheap)
only victory.

The favourite was Heinz Kinigadner, but after his exit from the scene Jordi Arcarons held high the colors of the Austrian House and 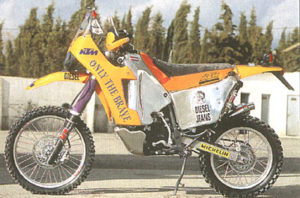 meoni performed very well with him, Sainct, Jimink and Sotelo. Two types of bikes deployed at the start; one equipped with a powertrain 653 CC, entrusted to Arcarons, Sotelo and Kinigadner, the other of 609 cc for sale to everyone for the price of lilor 21 millions including support.

The philosophy of the Austrian brand, then, was also to allow at very low cost to participate in the Dakar to anyone who wanted to. And the proof that it's the medium “Official” both the one on sale were competitive as evidenced by the final ranking that saw seven “Kappa” in the top ten places. The engine is practically that of the “Duke, No.”; liquid-cooled monocylinder with balance-shaft (both in the version “Increased” both in the standard one).

The gearbox is five-speed; the oil bath clutch. As for the cycling part, The vehicles adopt White Power front and rear suspension. The rear shock has a 300 mm. The chassis is standard with reinforced rear bars to support the gasoline tank. 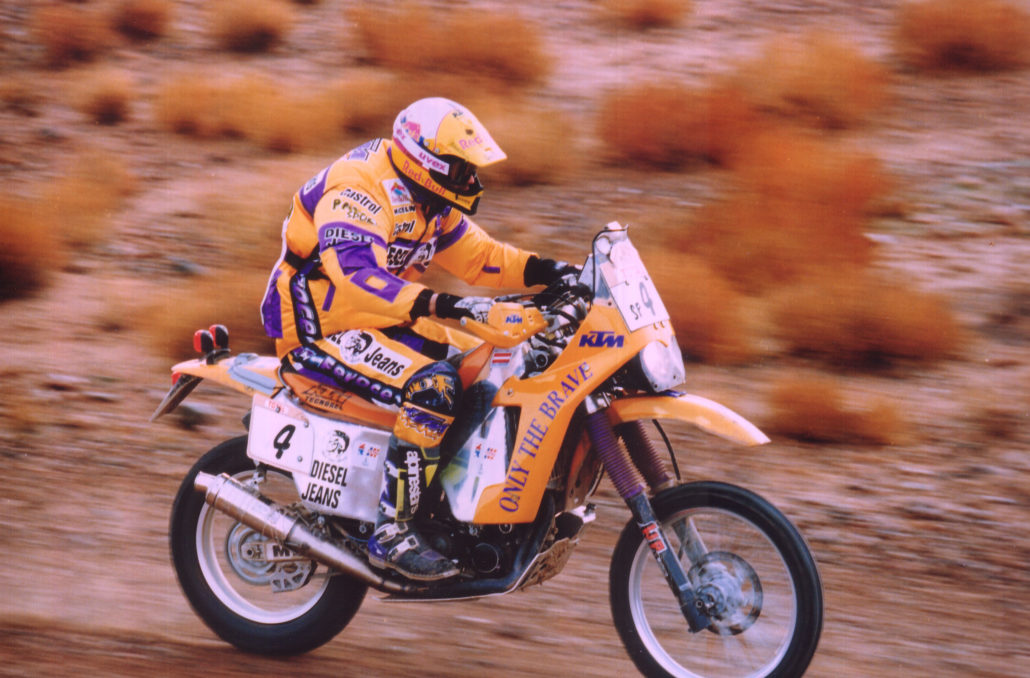 Approximately the monocynderic develops a power of about 65 cv with a maximum speed of 175 km/h. The bike was more comfortable in the second part of the track and especially in Guinea, where treacherous and fast tracks, have enhanced the characteristics of this bike, by 148 kg. The cause of Kinigadner's forced stop, seems to have been similar to Peterhansel's, with a refueling “Dirty”. 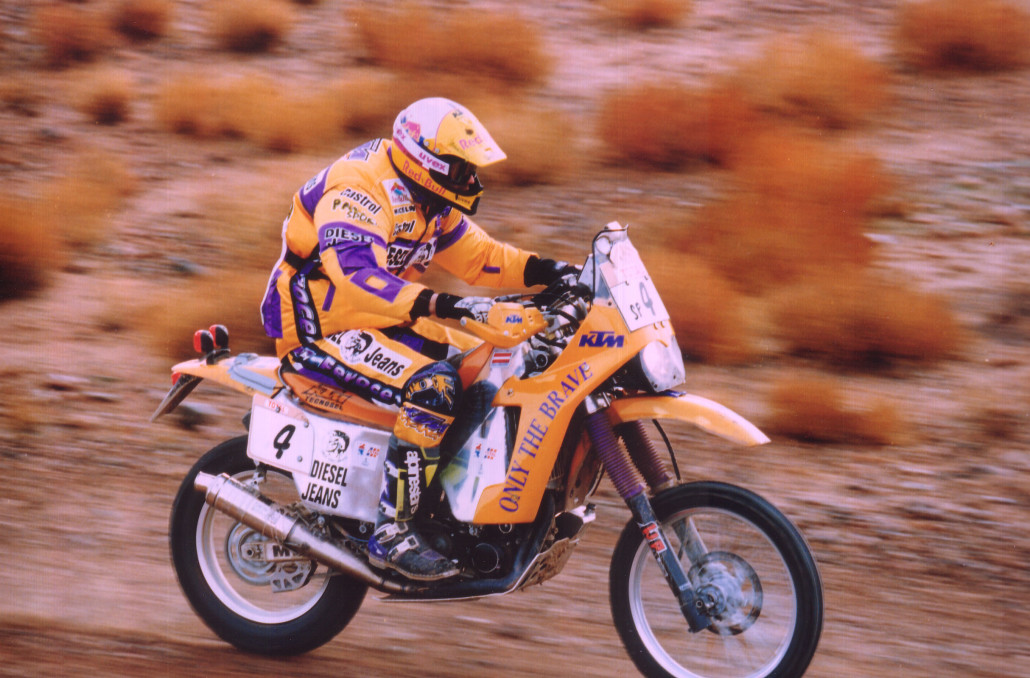