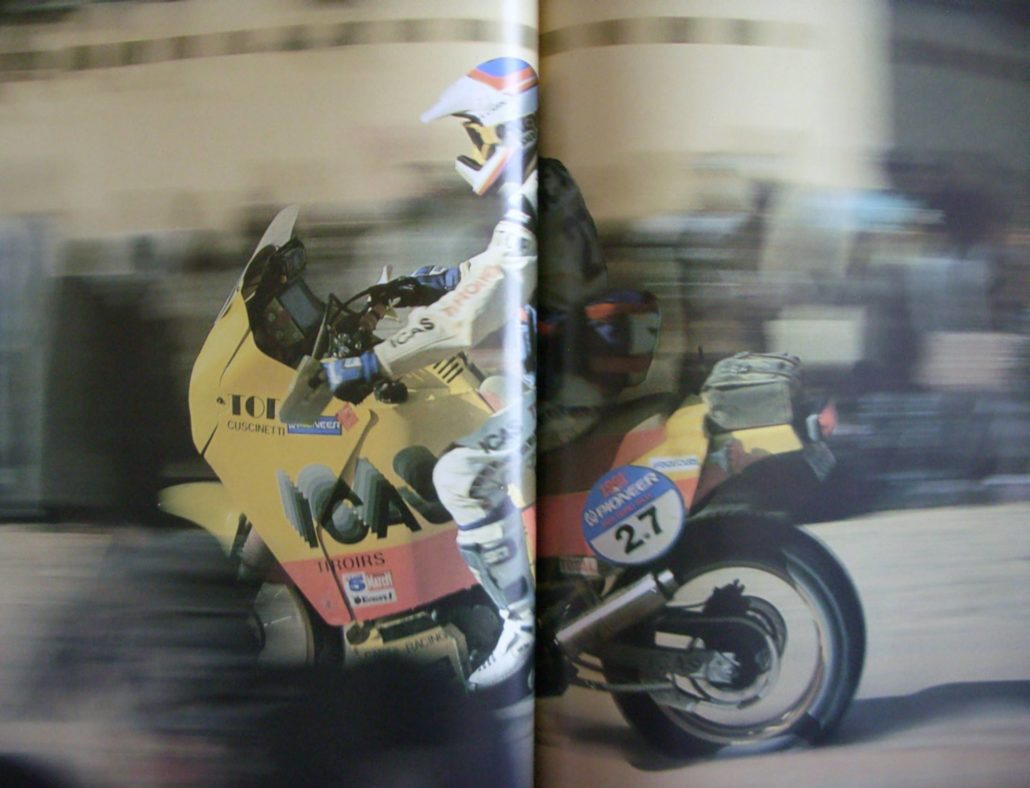 True to the adage there's no two without three Antonio Cabini, After you have completed the previous two editions of Paris-Dakar, He arrived at the finish line of the marathon in Africa also in 1991. Riding a Yamaha which he himself prepared the 34-year-old Charboneau led to share seven its holdings to the fascinating event as it was presented for the first time in 84, among the first Italians; He tried again with no luck over the next two years, was the game as Navigator drive in 87 and missed only the Edition 88.

It ended with much satisfaction the Dakar motorcycle 1991 Cabini Antonio, «veteran» of the race with seven stakes. From an individual with a Yamaha Thumper.

This time, as already two years before, ranked 38th po-am, an outcome may not end but always comforting for those who Outstand occurs only with a mechanic avio-transported and some cash spare bi on a truck.

It is the third time in a row that reach Dakar. It's always a considerable satisfaction at the first time is unrepeatable?
"Actually the first time gives special emotions. In my case, then, I had pursued that goal four times without success and as a result I really wanted to do it. This year was the uncertainty of the bike, I had prepared myself, After that in the two previous editions had rented a motorbike former officer from Belgarda. There was the fear of not being able to get to the bottom but all in all it always went well and I did it again. The biggest satisfaction was to reach Dakar with a half prepared.»

You met more or less difficulty than before?
«As the Dakar ' 91 I judged more selective, harder. As far as I'm concerned I had problems limited lump and I never was the purpose of the. I was twice out of gas after missing the track due to a limited autonomy, but mostly I slowed a wrong choice of the fil-tro. I aspired not enough air and could not take advantage of all the power. Unfortunately, the drawback was no longer once ri-medibile parties and I resigned… are the typical inconveniences of visitors that come to fit the last pieces in a hurry, maybe even on Christmas day. "

The Organization has increased the stages marathon to promote, According to him, private drivers. Did you think about the right choice?
"The intention was good but the results were not those promised. The factory before the marathon stages have the possibility to review the best means and therefore hardly, less than falls or particular unfortunate events, meet then problems. They can then find the system to be let on the runway a few pieces to be replaced and on arrival, While we have to make do with sleeping bag, they always find someone to provide tents and other amenities. Anyway if I think back to two years ago, When I had the mechanic on plane, This time for me was after all a Dakar bearable. "

Most of all drives you to face this marathon?
«Is its diversity from all other races that attracts. It's a race where not just about ranking but also arri-vare down, overcome any obstacle and prevailing wind, reward you even without the victories. After a certain age you feel like something different, something that goes beyond the sporting result and in this sense the Dakar is one of the few, If not the only, that can give this kind of sensations.»

What are gorgeous and inconsiderate thing of the event?
«Beautiful I find places traversed, the landscapes, all places where hardly a simple tourist can get, I find it too stressful to the European part of the race, especially before the start. Between checks, transfers, gangways and the like do not wait to arrive in Africa, especially for individuals is one unfortunate phase.»

With sponsors can you settle the score or this Dakar gives you expensive?
«I have helped the firm lcas and Top bearings but obviously you need to integrate his own pocket this revenue in order to participate in a Dakar. For an individual of my spending level is around 50-60 millions. We should perhaps try to gang up and thereby limiting common expenses. In this sense I say have played to a good job Combined team.»

Between Dakar and the other attending other races?
«In past years I couldn't. Lately work absorbs me too. I raced in the Rally of Sardinia, Cross country trophy, at Atlas. I come from enduro and before Dakar I indulged in regional and national field.»

In the next edition we will again?
«I haven't decided yet. I might find some new stimulation. The fever of Africa, Anyway, It also affects me and I can't wait to finish in spring I start to feel the nostalgia. Ve-dremo.» 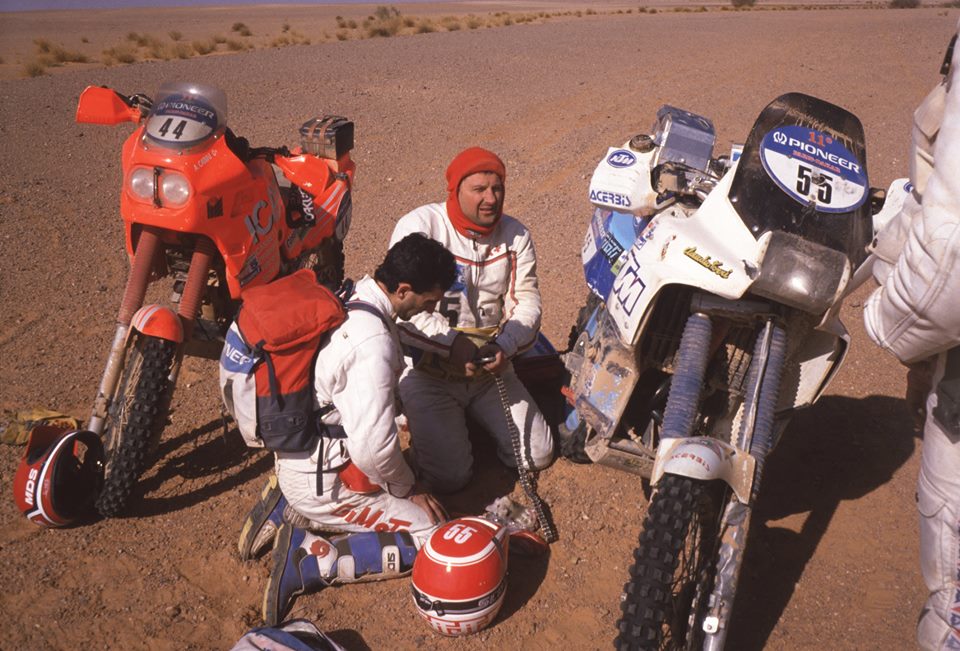 Cabinets and towers intent to fix the chain of KTM by Claudio during the Dakar 1989.