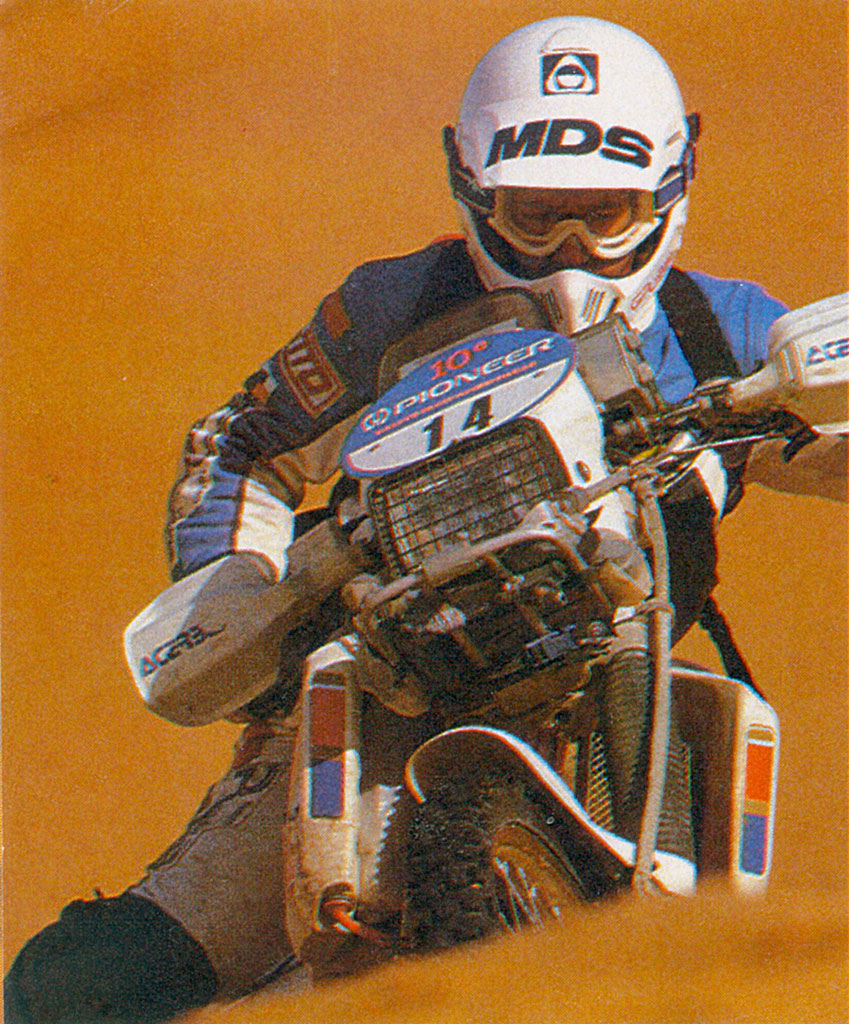 Carlo Alberto Mercandelli had the dealer Volkswagen which boasted the largest motorcycle throughout the Italian clientele. From his living room in Casale Monferrato came out the cars of the cross, enduro and also the speed.
There was a reason for this, and the reason goes beyond the inevitable discount. Carlo Alberto after being an excellent pilot cross had stood in around like juvenile cross national Manager. An activity that had kept alive the passion and desire to drive.
So after a first experience in the Paris-Dakar ' 86, and the fifteenth place overall and first in class (with a Yamaha 350) the Rally of the Pharaohs, tried the adventure.
«Commitments with the IMF keep me busy between February and October, and I remain. the winter months to devote to bike. So I approached the rally and in Africa I found my favorite terrain. Africa is beautiful. The contact and the contrast between Earth and sky offer unique sensations».

They are not lacking contingencies...
"Already, in 1986 After ten days of competition a little boy in the night stole the boots. I left for the stage in sneakers but I didn't do a long way. Fell almost immediately by retreating to a dislocated collarbone».

This year the difficulties you've go to try running with a 125.
"Of course is a bit’ madness, and if you'd thought over probably would have given up on this adventure. Instead the decision was matured in a hurry. the Yamaha Belgarda has offered to help me as long as I ran with a 125 Ténéré serie».

Much more thought out was the choice of Giovan Battista (said «Beat») Gargate, writing in the Paris-Dakar with a Aprilia Tuareg Rally 125.
"The idea of running with a 125 I came up with last year while returning to Paris after I retired from Niamey.
Be the first to arrive in Dakar on an 125 It would be wonderful, of course I would be glad to do it along with Mercandelli. I front and one behind».

Having a companion of displacement, Although brand opponent, will help?
«Definitely. I'm very glad I'm not the only one to try. In two we can help and we have a better chance to succeed».

Do you believe?
"Technically I don't see why a good 125 modern shouldn't do that. The problem will be that, not being fast, We'll have to drive for hours in the dark».

Ed. The Dakar Mercandelli stopped 4 of January in stage Sahan Berry-Bir Larache. To Grassotti during the fifth stage. 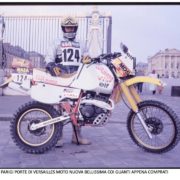 Dakar 86 - The diary of Aldo Winkler 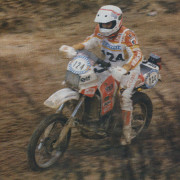 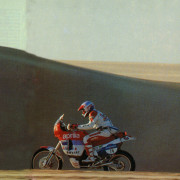 Gualini racing with Yamaha to Dakar 1992
Scroll to top