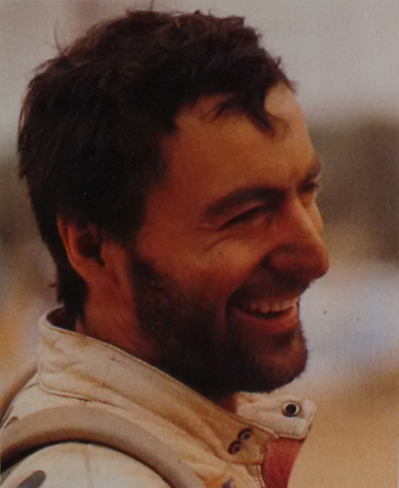 The course in Milan had occurred in a setting somewhere between silly and resigned. then in the race showed what we knew then and at the finish line with a motorcycle definitely unkempt.

You were presented with the bike on cart, but then…
«It is true, at that time I had everything with me and I hadn't even partners with none for spare parts.
In Paris I loaded a bag on the truck to Gargate and an engine on a Tatra; This would serve to Agadez, only the truck wasn't there and I wouldn't be able to replace it because I had a fever.

So in the second part of the Dakar I no longer could use the fourth since had become loud and I was afraid to remain on foot: I ran with single shock absorber, practically blown up, I managed to replace just before the finish line.
My bike was a Yamaha TT already employed by Maletti in Dakar ' 87, I disassembled and reassembled as it was originally.

As for my result, (33° in the absolute n.d.r.) I lost some time because, Besides the engine. even the rear suspension gave serious problems forcing me to makeshift repairs».

Special thanks to Alfredo Margaritelli for collaboration. 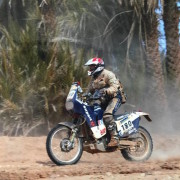 My Dakar 2004 by Giuseppe Macchion