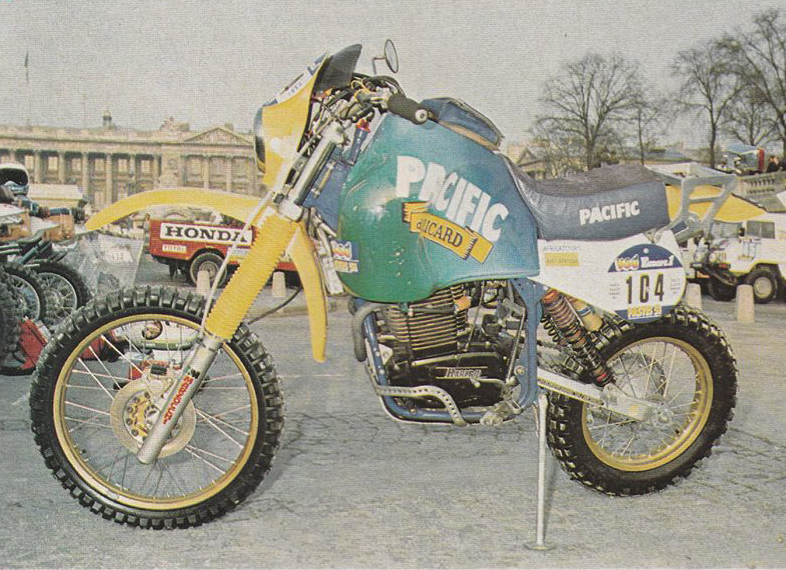 The Barigo is a project that takes its name from its Builder, French Patrick Barigault, and it was a little’ the surprise of the Edition ' 82, coming in third place with Gregoire Verhaeghe, and in the version that shows up at the Paris Dakar 1984 It appears further improved thanks to the fundamental contribution of sponsorship of Pacific de Ricard.

The engine is the Rotax ' 83 of 560 cubic centimeters that equipped the KTM, with a power of 48 CavalLi a 7500 rounds fed by a carburettor Bing diameters 40 mm. The engine, very powerful, showed some tendency to heat, why it is preferred to adopt a supplementary radiator, placed on the front of the bike. Electronic ignition, but there is also a big alternator from 180 Watts to produce the energy needed for lighting.

The fork is also in this case a Marzocchi 42 mm with a rush of 300 mm. The rear suspension is no longer with monoammortizza-Aore as primitive version, but is given by a pair of shock absorbers Ohlins. In this way, you create more space for the tank and the air filter. Tank capacity, built in kevlar, to have an element resistant and at the same time very light, is of 38 liters. Always for maximum lightness, the manufacturer has made the frame using steel 25 CD 45, very light but equally resistant.

The two Barigo GRS 560 by VERHAEGHE and GORONESKOUL will not reach the finish line. 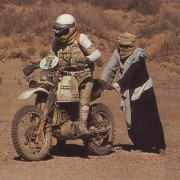 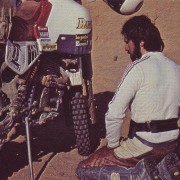 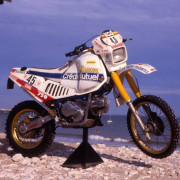 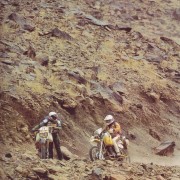 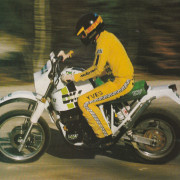 My Dakar 1987 by Guido Maletti
Scroll to top