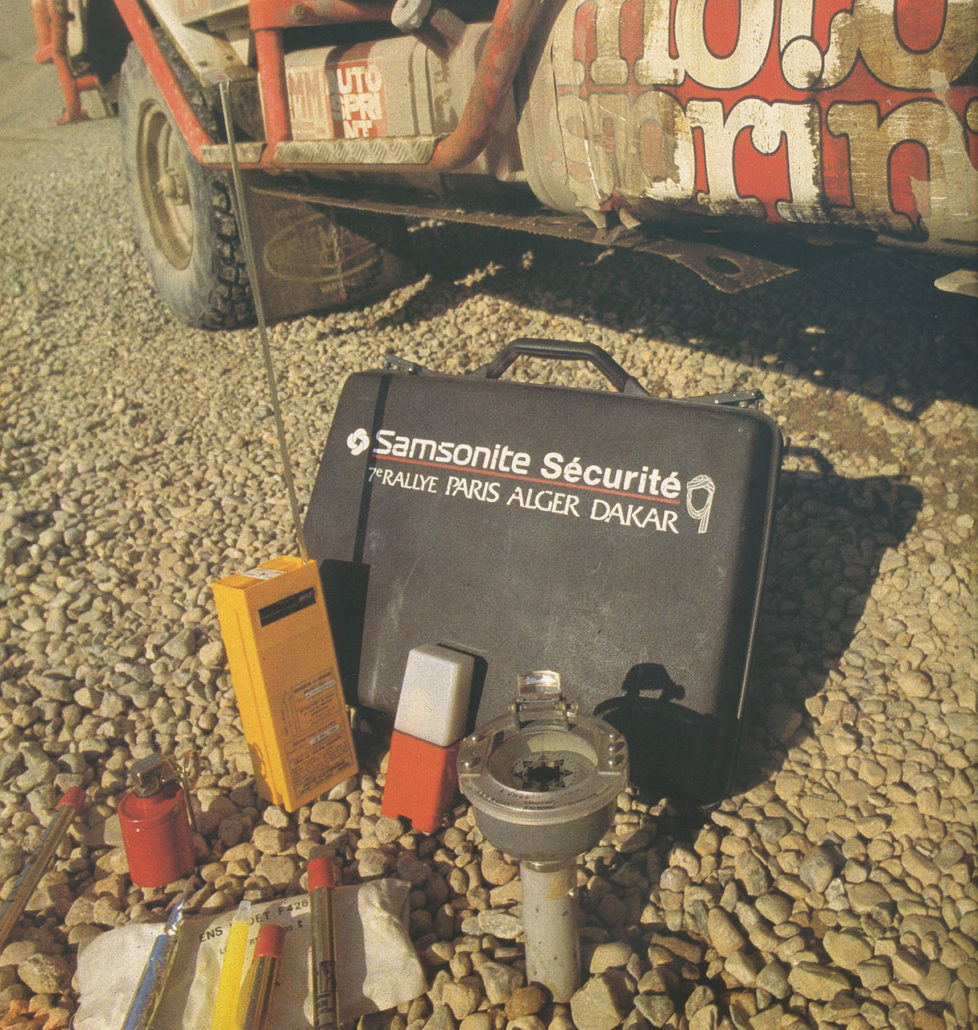 In the two briefings that institutionally opened the Dakar, Paris and the one on the ship that took him to Algiers, Thierry Sabine never tired of repeating it if you get lost never abandon your vehicle. Never. Man's instincts, In fact, in these unusual cases it betrays : pushes you to seek help, but the first help a Paris-Dakar runner knows, Instead, who owes dice to his rescuers.

That is, it must make it easier for him to find. The first commandment, Therefore, is don't abandon the car. The corollary of 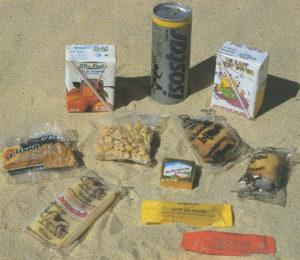 this doesn't paint it preferably yellow, color that makes it invisible in the desert by a helicopter. The second rule prepare to wait. A wait, it's clear, of a rescue that will not be immediate. Only after 12 hours, and anyway never at night, you can start with the first operation, the simplest, but also the most important. The ignition of the radio-balise.

In the equipment of each runner, In fact, there is a Samsonite briefcase that contains what is needed to facilitate the sighting. The heart of the equipment is a radio that operates on a single frequency band. His charge lasts 48 hours and signal, Continuous, it's a thread of Arianna for rescuers. But at night the desert is an immense unreferenced blanket and boundaries. It's time to fire the colorful rockets that with the vivid light of day would be invisible, while a smoke bomb can be launched when an aircraft, Maybe, crosses out of our reach.

A trickle of smoke, In fact, it's visible from afar, and it was thanks to the realisation that he had burned the tires of his car one by one, Simonin, Mauritania in the 1984 was found after three days of searching. The rubber in fact makes a lot of smoke and burns slowly. So the last resort, as it was at the dawn of man, it's the fire. For this reason, among the many recommendations for new members is to always have with them at least the matches, a knife and survival cover.

What is the latter? simply a very light aluminum foil that on the one hand reflects the rays of the sun, repairing from heat, while wrapping it on it island from the cold. Folded, it's in a pocket. But it's very easy to get lost? Sounds like a foregone question, instead, with small measures it is possible to reduce this risk to a minimum. The first, Of course, is that as soon as you realize you've gone the wrong way it's more prudent to retrace your tracks. Even if this takes away time. 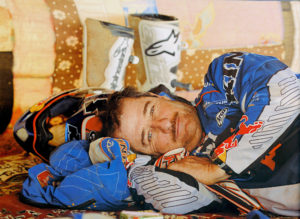 In the desert, any zip code, that is, compass course, you're following, will make a backward 180 degrees. It is imperative to resume the main track. And one of the tricks, simple but vital, is that when circumstances require constant deviations to avoid, Maybe, traits of track too ruined, you always know which way you leave it. If left or right. It's not hard, Intact, that by intersecting it in search of the strongest ground you can no longer remember which side it was on the last time. The “Track” African is not a paved road, it's just the route of custom from village to village.

It can get ruined and become impractical, at one point. A new custom will trace, then, a new track, Parallel, that will go back to the main one. And so dozens, hundreds of times. So much so that in the savannah more than in the desert the ground will sometimes appear as an inextricable maze of paths. We always talk, the Dakar, of competitors who have gone the wrong way by taking, for that, penalty hours. Well, that is, it almost always happens when the rally leaves the desert for the savannahs.

In the boundless expanses of the Ténéré, in fact, to help us there is the compass, and then the position of the sun. They mainly serve strong nerves. When vegetation forms impractical screens, there's no compass or sun that holds. Cards can be useful at most, possibly the military ones, very detailed, to realize your position. Your scant best crews have, and they're not just useful in times of emergency, Indeed, it's not uncommon to see pilots study them before the start. Make a note of the bivi, villages. As always, also in Africa, the best safety comes from prevention.