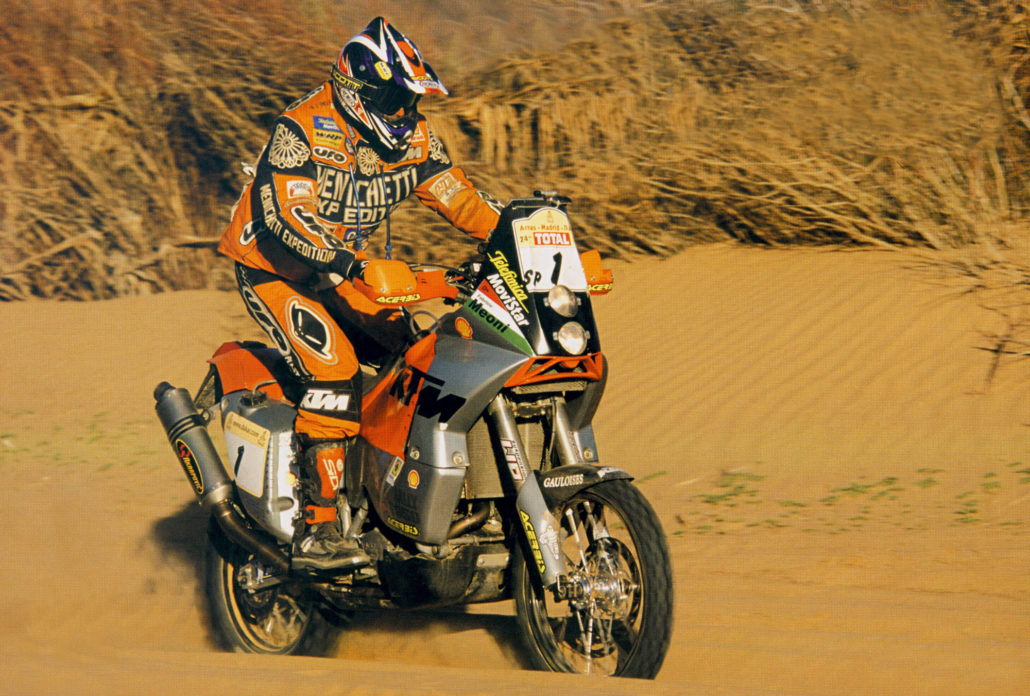 When Fabrizio Meoni wins his first Dakar, in 2001, the history of the famous African marathon turns the page to open one of its most beautiful chapters. Fabrizio gives KTM his first win, and in the Mattighoffen Factory the enthusiasm for the Dakar explodes, until then nourished above all by the passion of Heinz Kinigadner. Stefan Pierer, the owner of KTM, flies to Dakar to hug his Champion on the Pink Lake Beach, and with tears in his eyes for emotion he lets go, announcing not only that the Factory will engage even more on the legendary competition but also that KTM will even descend on the Moto GP tracks.

We're talking about 20 years ago, and only now can we say that that of the Austrian Boss had not been a unseated end in itself, but the anecdote only serves to make us understand what enthusiasm generated that victory of Fabrizio Meoni. Back in Italy, Meoni expected to be confirmed in a team with the same set-up as the one that had won the race for the first time, and instead received the proposal to develop a motorcycle intended for a new series of road KTM. An ambitious project, even more so when compared to the Dakar of which Meoni had become the emblem. 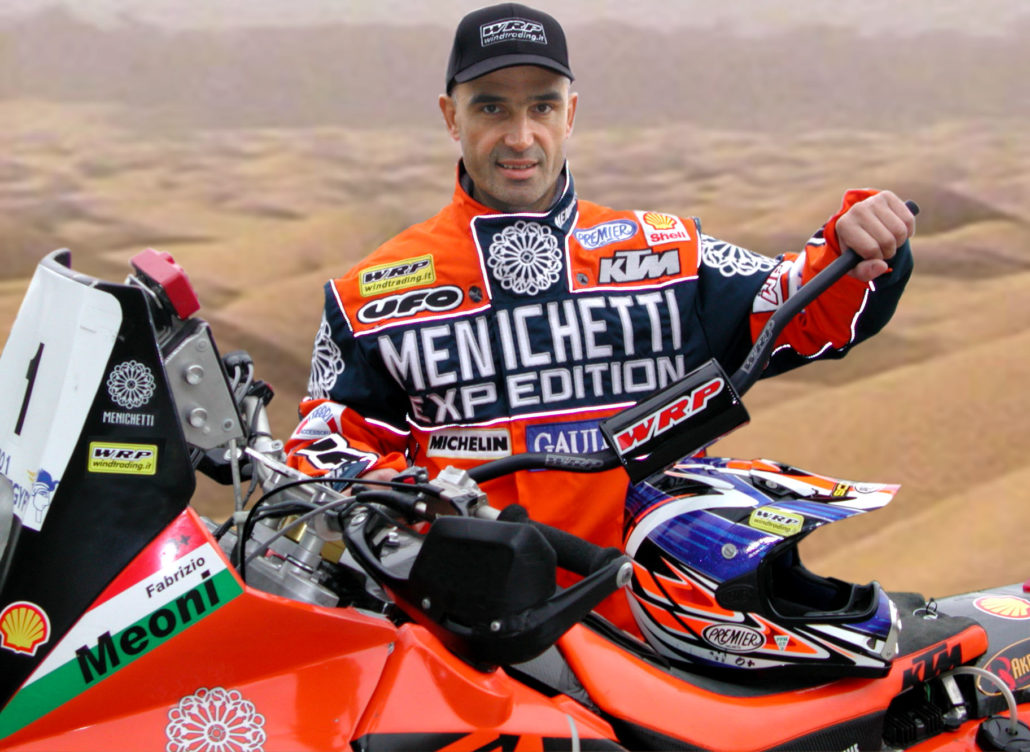 Fabrizio's primary task was to test the robustness and reliability of solutions to be developed quickly, and give to the draft frame, in which a brand new 75° and 950cc V-twin was housed, designed by Claus Holweg, a definitive functional form. The development work was carried out by Meoni together with ktm's historical technician, Bruno Ferrari, called Iron, and the mechanic/pilot Arnaldo Nicoli, that alternated with Meoni in the tests. There was no hurry, and, I think, not even too much certainty of outcome, in Stefan Pierer's proposal, but there was total in the challenge collected by Meoni and the Iron. In October, KTM 950 Rally was ready.

Meoni took her to her victorious debut in Egypt, and was ready to play the Title in that edition of the Dakar that started from Arras on 28 December, to end the 13 January on the shores of Lake Rosa. Batini and Meoni With the single-cylinder KTM won, one after the other, De Gavardo, Rome, The strip contains, up to the eighth stage, when the Dakar entered Mauritania. Between Tan Tan and Zouerate, Meoni led to victory for the first time his big and heavy, but also very powerful and exploitable, 950 Rally. With the single cylinder they then continued to win De Gavardo, Cox and Rome, but Meoni remained at the top of the Rally, albeit with Rome only one minute late. 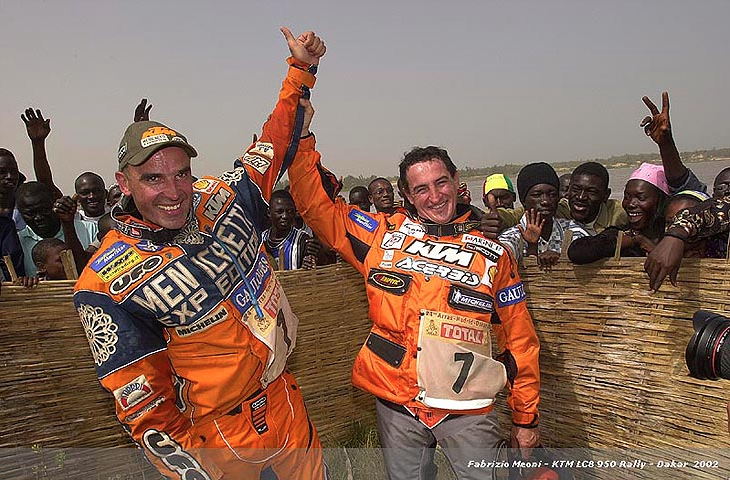 The Dakar number 24 became a private affair between Meoni and Rome, that was getting closer and closer. The stage between Tichit and Kiffa was Meoni's masterpiece that managed to mock Rome, to make him lose his head and direction, and to force him to surrender and, Finally, at the retreat. KTM won all arras-madrid-dakar specials, Meoni only two stages and, for the second time in a row, the legendary race. It was a memorable victory, and for Meoni perhaps even more significant than the first, obtained the previous year. was, In fact, a moral victory even greater than the sporting one, with which Meoni demonstrated how it was possible, as long as you have a strength of character and determination certainly not common, win any challenge, including that of a motorcycle on the paper unlikely.

This exclusivity of Meoni's strength was also demonstrated by the very short sporting career of the LC8 950 Rally. Roma chose her for the World Championship season, won in Tunisia but then, frightened by the difficulty of controlling the beast, refused then to drive her again. That bike, In fact, could be guided with complete mastery only by Fabrizio Meoni and Giovanni Sala.

Dakar 1985 | story of a Dakarian find
Scroll to top