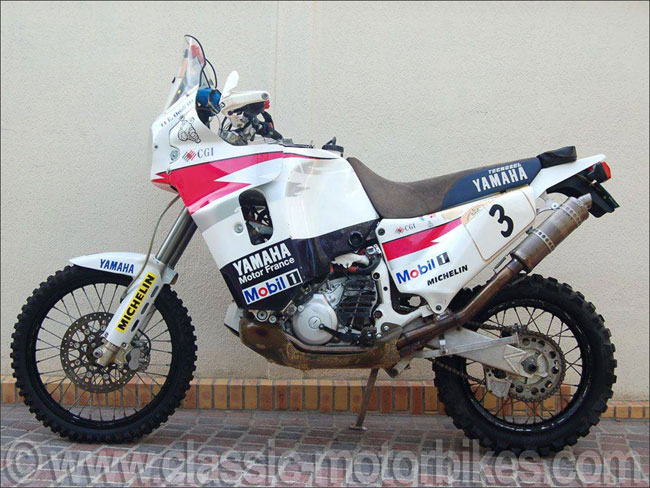 The XTZ 850 RX won the Dakar 1996; the vehicle available to Edi Orioli was pretty much the same as Stephane Peterhansel. “Ace in the 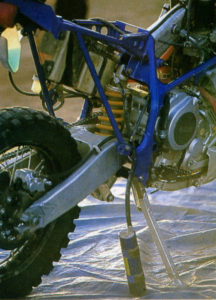 Sleeve” powerful twin-cylinder 850 cc was a new mono-shock, studied in France in collaboration with a team of US technicians. Traditional type, about aesthetics, can be counted among the new generation of suspensions or those called “Smart”.

A probe within the mechanism, dipped in oil, allows you to anticipate the movement of the same, making the wheel even more tighter, copying and absorbing the harshness of the path. The operation of this shock is mechanical. Actually, if in the first part of the itinerary he did very well his task, then this system went a little bit’ in crisis in the second part of the race (especially on Orioli's bike), when he found particularly rough terrain.

In the last stage Edi even had to finish the race at a very low pace, just because of the head rupture of this shock. The engine is excellent on the contrary, reliable and powerful. And’ an updated and corrected version of the 850 TDM, able to develop about 90 HP. Has liquid cooling, five valves for cylinder and double camshaft on the head commanded by Morse chain. The start-up is electric and the dry-paper lubrication system. 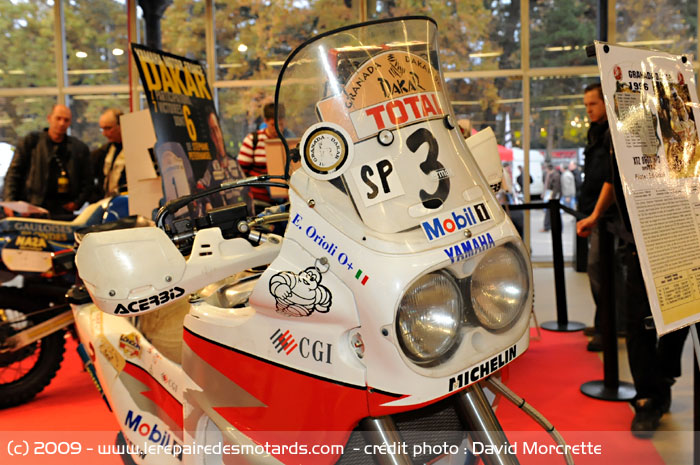 The frame is the same as last season, motorbeam boxed; the fork is a Kayaba with stems overturned by 46 mm in diameter. Orioli's bike mounted a kevlar paracup. The power problems recorded by the Peterhansel medium, seem to be entirely due to a fuel supply that is not particularly clean; problem also recorded by other competitors. And’ Yamaha's eighth overall victory at the Dakar. In this edition she has climbed to the first step of the podium eight times. 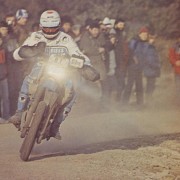 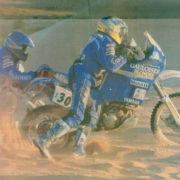 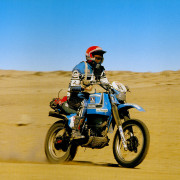