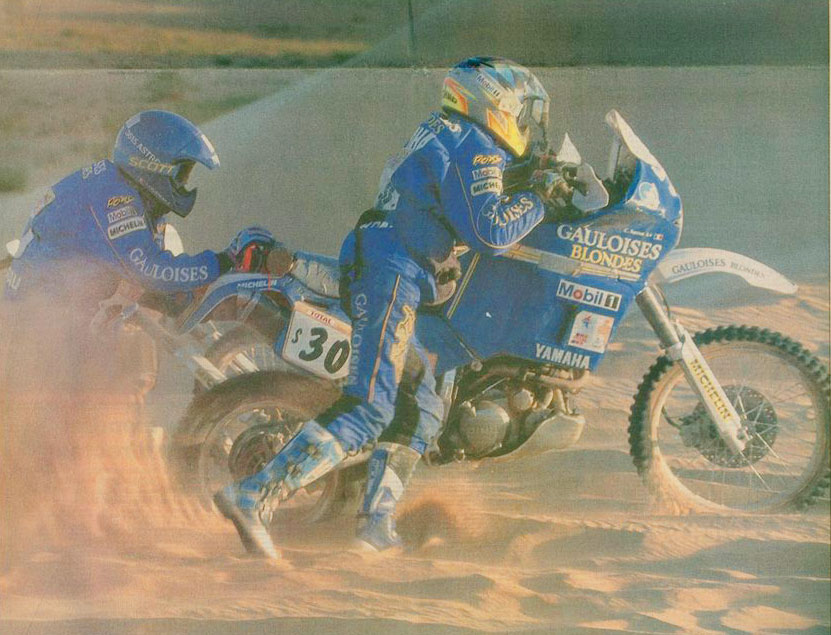 Four hours in the morning, Goulimine in central Morocco. It's still dark. Thermometer fights to display a positive temperature. 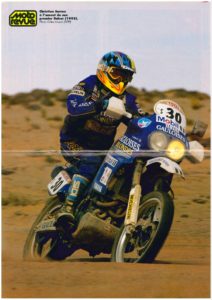 Christian Sarron, NewEr sounds down and heads to breakfast. Looking worried, the world champion of the 250 (in '84) grabs the small aluminum tray that contains an egg.

He doesn't have a spoon. With a quick circular glance, measures his entourage and with a smile, swallowed the egg directly. The night before, entering his tent, Christian sighed looking at his unkempt attire: “From the beginning a lot of my principles went to dust.

“Maybe you don't know but my nickname was – Mr. Clean -, are heavily dependent on cleanliness and this lifestyle must be forcibly bowed to the harsh life of the Dakar: “you don't have clean equipment every morning. You can't change even at night. Bags with our belongings are in trucks and they arrive while we are already asleep."

"And then there's not always water. And without water, we don't shower. There's no bed, so we sleep on the floor. And we eat whenever we can. All this greatly reduces our vision of life in the twentieth century when comfort issues are taken for granted."

“This whole story started on 17 September, Philippe Alliot came to me during the Bol d'Or and confessed to me that he wanted to participate in the Dakar on a motorcycle… and he would like me to accompany him. My response was negative categorically. I promised myself I'd come to Dakar in the car… but never in motion." 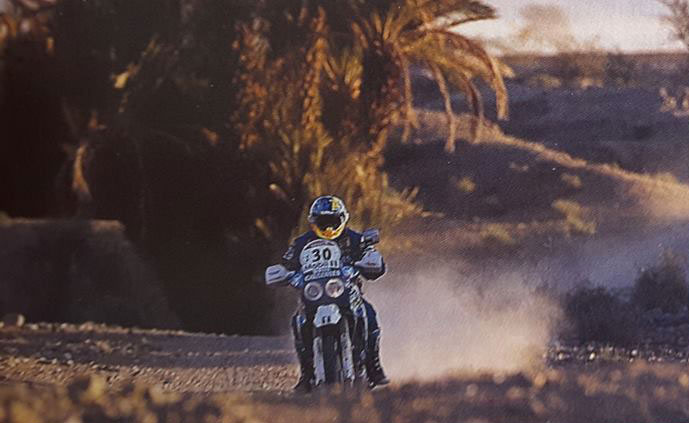 Philippe, with which I often go out in enduro, had already thought of everything, Dakar goal with a group of friends, Raphael Montrémy, Philippe Bermuda, Pierre Landereau, Thierry Magnaldi and Jacques Laffite. Friends who help each other to go as far as possible. Without worrying about the stopwatch.

Two hours later I had already changed my mind, but I didn't know where I was going to fit. “From the very beginning, the size of the bike surprised me. I didn't think we could ride the dunes on these bikes.. Then I found it difficult to get used to the various navigation tools. I didn't even know where the button was to send the roadbook forward or backward. Driving in the desert is an extremely difficult thing to do: drive by controlling the track, GPS, the master and roadbook is a gymnastics difficult to learn."

"I find that the need for concentration in the desert is even greater than in The Grand Prix. I've always been very focused and that's also what probably allowed me not to fall hard and not get lost."

"At first, with Philippe, I would take the dunes at most 30 km/h for the strong fear they were transmitting to me.”

“But my first big shock remains my first real dune, before Zouerate. I've never seen anything like it in my life. It was really impressive: you climb slowly for tens of meters, then suddenly the bike in front of you disappears and before you realize it comes down headfirst.

My first big fear in the race was when I fell downhill, right in front of a giant Kamaz truck that I 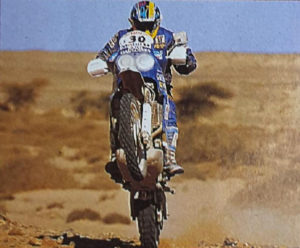 Followed. I got stuck under the bike, I really thought I'd pass over! Fortunately he stopped at the top before descending, avoiding ironing."

Christian is a river full in telling his Dakar: “everything takes another dimension. We have a soap to dive for six… At the end of the stage we also share our experiences. For example, desert colors, when it's gray it's hard, but when it's clearer it's soft".

“From Zouerate, the road is still long to Dakar, Senegal's capital is more than ever the target of Gauloises Blondes team drivers. If we arrive then we will decide whether to do it again on a motorcycle or in the car".

Christian Sarron is discovering a new passion with Africa. On the day off mid-race he was still in the race at 34th place in the provisional standings. 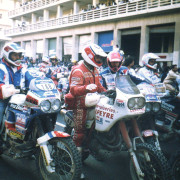 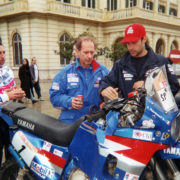 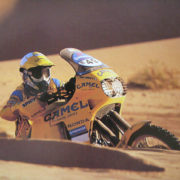 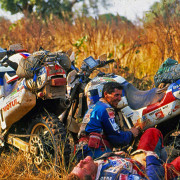