Suppression of night stages; limitation to 800 Km for the maximum length of the daily stages. Despite the limitations and in spite of the fact that the total length has dropped by about 3000 kilometers passing to total Km, For Rene Metge, winner '86 and from this year route tracker on behalf of the organizers, the Paris-Dakar will still have the terrible charm of the hardness that is then the reason for its success.

This is because the length of the special stages has increased, that is, those sections of the route in which the time taken by the drivers is timed and discriminating for the purposes of the classification. On the other hand, the long daily transfers have decreased, those that were needed by pilots to move from a p.s. to the other After a symbolic street in Milan, at the center II Girasole on 27 December, and the prologue to Cergy on 31, the race will start on 1 January from Versailles. Except for the boarding that will take place from Barcelona instead of From Sete, in homage to the Spanish city hosting the Olympics 1988, the first Algerian stages through El Golea and In Salah will be similar to the past. 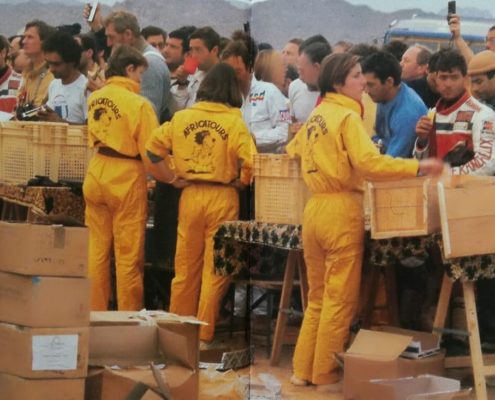 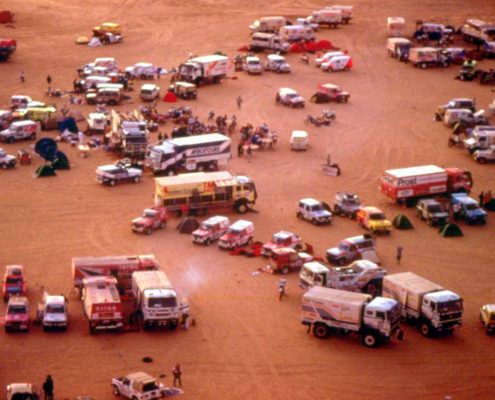 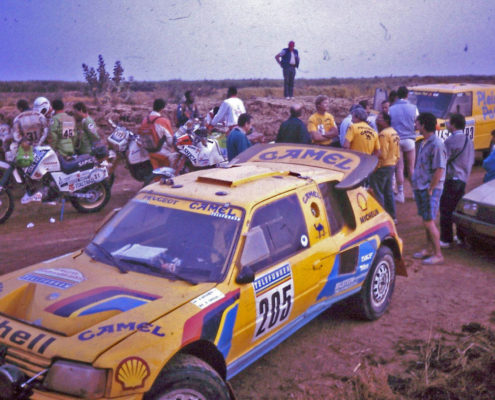 Then to Tamanrasset, in the heart of aAlgeria, the first big difficulties will begin with a very difficult stage between narrow mountain gorges and the last 350 Km on tolé onduleé that puts a strain on the mechanical strength of cars. All this to skim the group of 500 Participants. Tamanrasset-Arlit will be the first p.s. all new, with alternation of desert and mountain. By Arlit, the 8 January will go to the former tree of the Tenere renamed tree Thierry Sabine since the ashes of the founder of the Dakar were scattered in that mythical place. And right in the shade (theoretical) of the tree the race will stop at night.

To continue, through the desert of the Tenere, verse Dirkou without the help of the signal balises that in the desert all the same help not to lose the track. Rest is provided in Agadez, the 11 January. After Agadez, in 90 Km from which the oganizers announce a "surprise" (that does not promise to be pleasant), the race will enter the Sahel, or the savannah. The desert ends, the sand remains between shrubs and bushes where it is even more difficult to orient oneself because the reference points and traces instead of missing are too many and confuse ideas. Here the pilots will begin to pick up the compass and map to orient themselves in the 70 Km of vegetation from Niamey to Gao, in Mali.

Tombouctou to Nema, on the border with Mauritania, still compass navigation for at least 300 Km and the only references to orient yourself will be the traces of the animals. In Tidijka the organizers predict that many will spend a whole day around a village to find the right way. At Richard Toll you leave the Mauritanian desert for the last difficulties (last year the truck race was decided here) and the arrival will be the 22 January on the shores of the pink lake of Dakar. The map of the route: again there is boarding in Barcelona, the disappearance of the dunes of Agadem in the Tenere, the exclusion of Guinea and the passage from Tombouctou

DAKAR 1989 | The diary of Aldo Winkler
Scroll to top