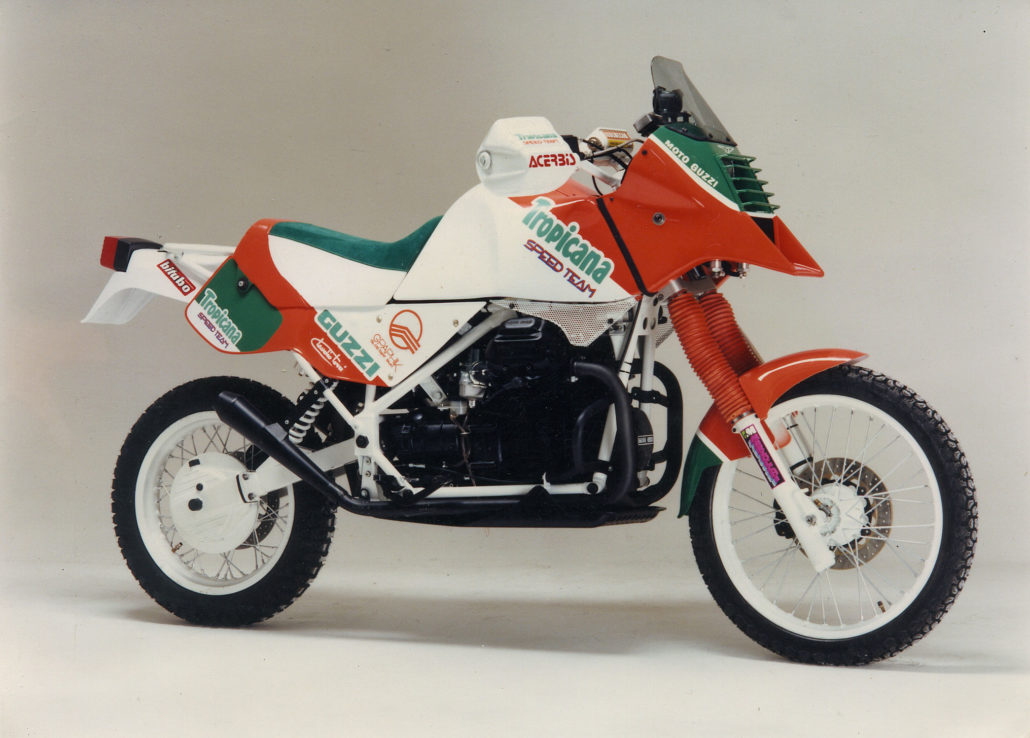 There are few pictures of Claudio Towers and its prototype of Moto Guzzi to Dakar 1988.

Already from the prologue of Paris had emerged the first difficulties caused by bad weather conditions that made the path a hellish trap of mud and rain.

Unfortunately Claudio's race will end during the second stage (the first on African soil). A curiosity that has been confided, the Tropicana, this by the name of the main sponsor, She is named for T.A. P. the acronym (but obviously in Bergamo) “Tutto a posto”, reassurance that faced the same Towers when he happened to fall. 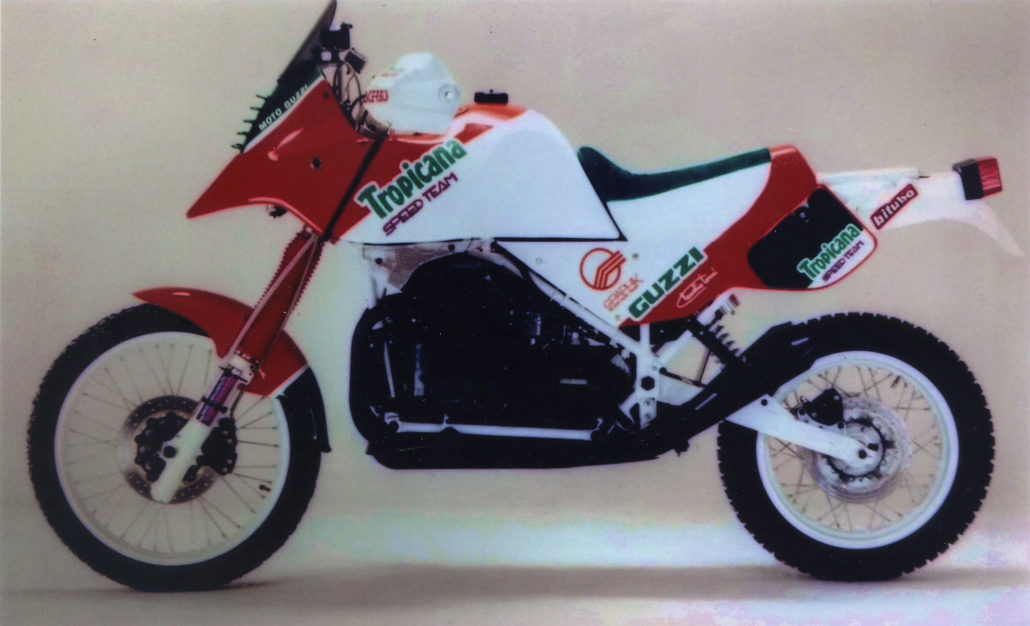