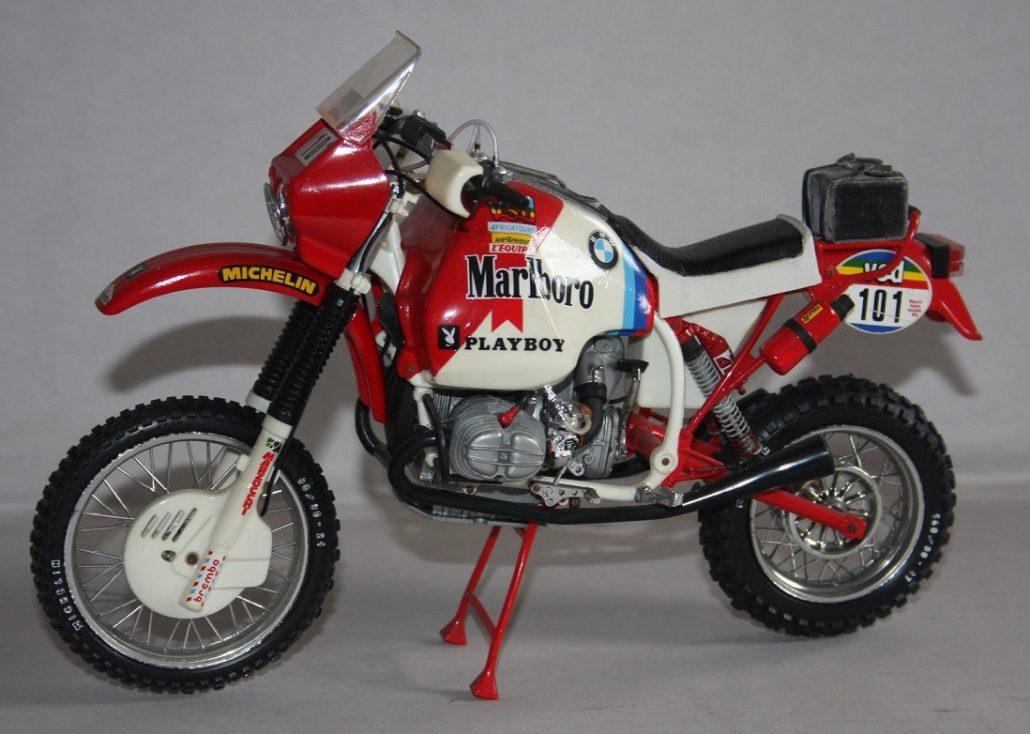 Celebrating the world's most famous race, we then thought to retrace the history of this race, looking at the times when arriving on the shores of Lake Dakar was already a feat and the podium was reserved for a select few. Searching among the proposals offered by the world of modeling, the choice fell on a bike that won four times this race, the BMW 1000. Led victorious in '81 and '83 by Hubert Auriol, he doubled his successes with Gaston Rahier in '84 and '85.

The model we examined is the reproduction of the Bmw 1000 with which Rahier ran in '85, made in Scale 1:9 protar. Numerous details that make up this model, printed in three colors (White, gray and chrome), with black and white skin cuts, a cut of adhesive rubber. numerous screws, springs and, as a last detail, a piece of metal mesh. We begin the assembly from the chrome-ray wheels that house tessted tires on which we pass fine frosted paper to remove the gloss of the print and create the wear effect in the rubber. 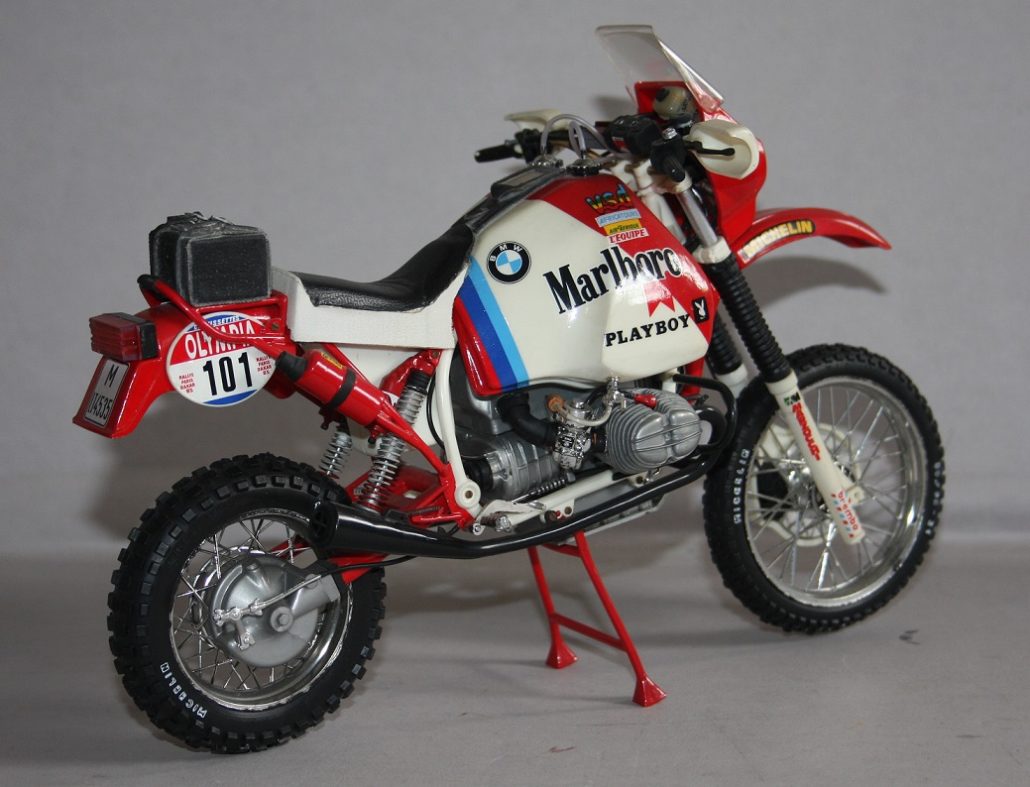 The engine, the classic boxer that for so many years has characterized the BMW models, comes well-detailed, with numerous chrome details such as the butterfly for the oil rod and the oil pump. The cylinders are well 22 Pieces (each fin is a detail that is screwed to the carter) And among them the spring, behaved to measure, supporting the drain. Now we move on to the assembly of carburetors, two Bing chrome with its gasoline filter. The petrol pipe made of transparent material is impressive..

The frame, a structure in round double cradle tubes, supports the engine with four screws and the accessories that complete it are the support for the coils, water bottles and the radiator for the oil placed in the back under the steering wheel. After custom-made two more springs, complete marbles are mounted and then tube protectors for cylinders are mounted. Suspensions do not present any particular difficulties, because this model was equipped with a cardano transmission. The rear shocks, with separate tank, need the coloring of the springs; For this purpose it is recommended to clean the spring with thinner to make it easier to hold the paint.

The front fender has a window through which air passes through for cooling the oil radiator, the metal mesh should be cut to size and inserted from the inside. The handlebars, attached to the top plate of the fork with four screws, has been changed by us. In fact, we have added a tool bag attached to the top sleeper and a manual road-book with command placed on the left knob. A further water bottle has been placed inside the dome that supports the headlight. The tank, made in four parts , complete with two chrome caps.

The saddle should be covered at the top with the rubber properly shaped, and the back with white skin. The rear fender, related tables and headlight, needs a hole near the frame fastening that is easily achievable by following the instructions. At this point, armed with scissors, you have to improvise, following the instructions, make with black leather provided the bag to be fixed on the tank with the transparent window to hold the race notes, and the bag to be fastened to the back luggage rack. The only shrewdness is to use a new blade to cut the straps with which to make the fastenings, because the size to be cut (1.5mm) must be perfect to ensure the belt passes into the buckle. A coat of polish to protect decals… from the sand and the BMW 1000 Paris-Dakar is ready.
Text, photo and model by Massimo Moretti. 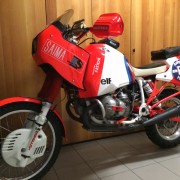 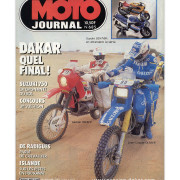 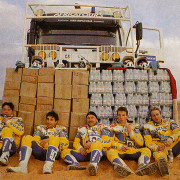 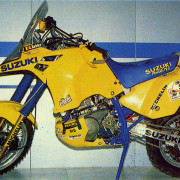 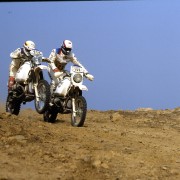