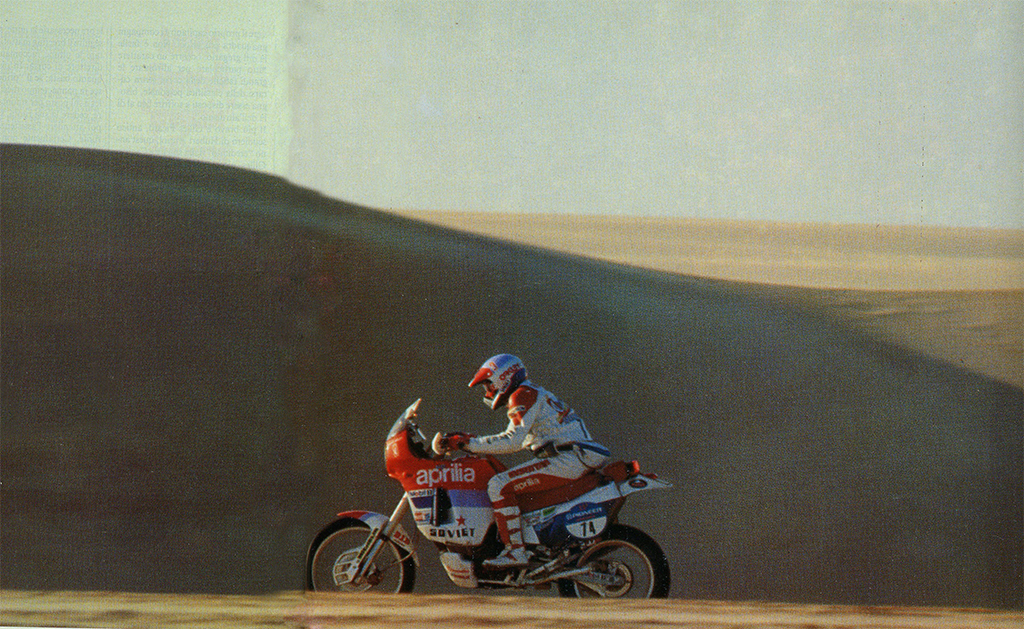 For the first time the Aprilia participates in Dakar 1989 formally: pilots are Vinod B and Scott Freeman., two renowned specialists of African marathons, and the bikes come from Tuareg Wind 600 by series.

Are modified for specific use in Dakar with a large main tank that doubles as a fairing while the fairing with twin headlights remains that of series. The engine is the classic four-valve single cylinder Rotax widerevised by Open mind-lia in order to increase the reliability.

The cooling air remains but an oil cooler was added to the existing one, to decrease the temperature of the lubricating oil. Rated power 46 horses, equal to the series despite being reduced the compression ratio to use poor fuel octane. The fuel is sent to Dellorto by a vacuum pump connected to the engine.

In addition to gasoline tanks there are two more seats down in front of the engine, that contain water are mandatory escort 5 liters of the liquid that the pilot can drink directly into the race by a small electric pump operated by a switch on the handlebars.

The dashboard has an abundant number of tools with oil thermometer, tachometer, trip master and a small traditional compass. The chassis is derived from the motorcycle for sale and is normally based on a steel beam frame with special-shaped tube dra.

Suspensions see increased considerably the hike and the swingarm po-aluminum hydraulic extension is now. For the brakes at the front there is a double disc with single piston floating Brembo calipers clamping, While behind the only disk size 220 mm.

For the article and photos we thank Andrea Torresani 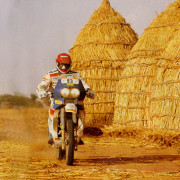 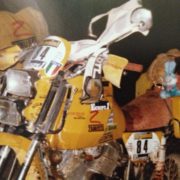 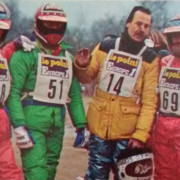 The three "Parmigiani" the Dakar 1983 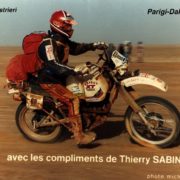 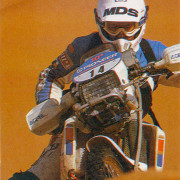 Mercandelli and Grassotti with 125 towards the Dakar 1988