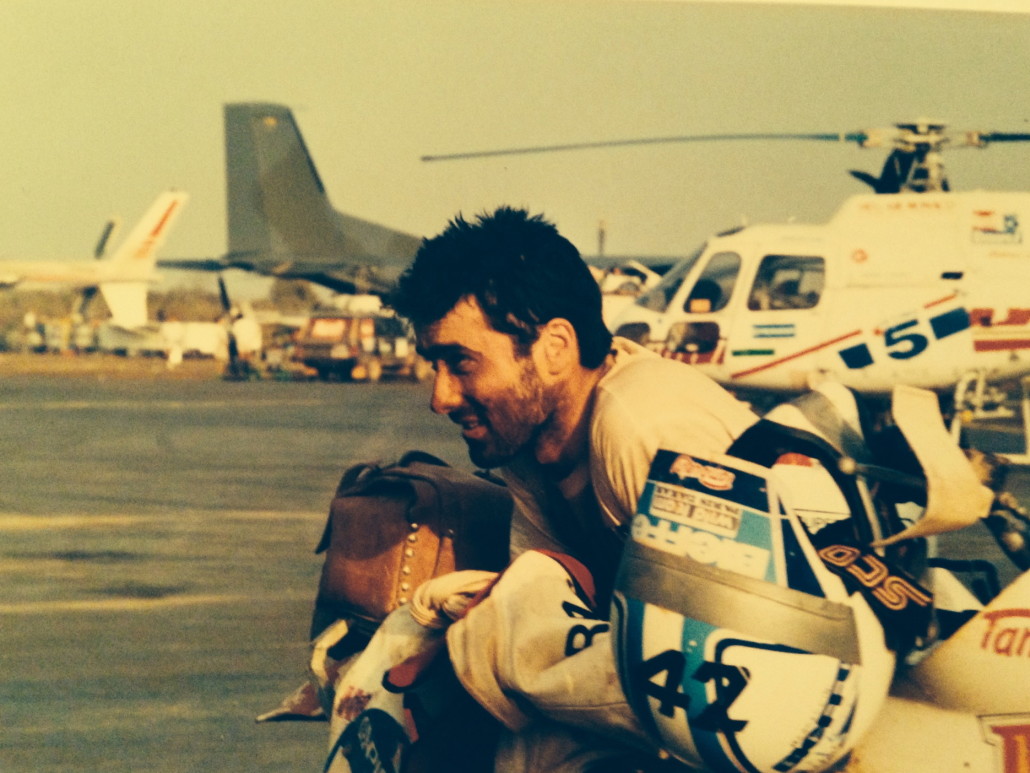 The city of Agadez is remembered in the history of the Paris Dakar as the day of rest. The race would stop for an entire day to catch your breath, licking your wounds and compose himself a bit.
The Organization needed to take stock of the situation for the second half of the race and count the survivors.
The official teams of cars and motorcycles usually rented a whole House,preferably with garden enclosed by high walls of fences in order to completely redo the means in race.

The mechanics of large airborne team expected riders motorcycle with hand tools already and every good things ready ... new complete wheels with tires mounted, chains,suspensions,everything possible was being replaced or regenerated ... including the pilot that could be finally a shower, eat two square meals and relax a bit in the second half of the race.
The previous stage Agadez was usually long and grueling, I never understood though because the organization wanted to decimate the pilots to take up in Dakar or because he had then time retrieving it the next day ... For private drivers, the rest day did not exist !
Indeed you were bad, It was a beautiful day soon!

It was the only chance to try and compose himself a bit, There were no meccanici waiting and crates of fresh ready to assemble parts, case book or rooms reserved at the Hotel.
I remember well the "horrendous" stage N'Guigmi-Agadez, during the 12th Edition which led to some much-needed rest day ... or as I prefer to call it I.

Early morning departure, motorcyclists, one every minute, After 100 meters took a lead on the left, before all the big fighting for victory, then we were running the race against race led by one goal ... to get to Dakar !

I had already taken a penalty for various problems in the days leading up to the bike and I left around the fortieth position, but the pass was from first 20, then once started I began immediately to chase the dust of who was ahead of, party before me.
The bike was the fruit, the suspension ended, as well as the tires and all that ... but after a while there were more case, were you trying to push as much as possible to pick up front.

Well, When he touched me so about 40 minutes after the departure of the first ... I see a white Toyota TSO that instead of turning left as all the riders that had preceded it passes a small dune in front of the departure ... and pulls straight: ready to go I decided to follow her!
The track was initially well defined and notes on the road-book returned all, the only thing that came back was the fact that there was dust in the rider's front office bldgs..
Kilometre after kilometre couldn't live with reason, the notes came there were references but there was the shadow of the other drivers in the race ... was the Ténéré I wasn't on the promenade of Riccione!
The stomach I shut a bit and every now and then I would stop watching the Michelin map, which always carried with me, There was no Gps! Just a small pocket Compass bought at hunting and fishing under the House before we left and one on the handlebar, one of those from ultralight that whilst you were spinning like a top.

After four hundred kilometres, the special was by 870...si 870, I see the helicopter of Sabine father that settles on a Dune later, gets out and begins to wave our arms about to call me, I look around as if to say you say me ? Yes, It was just me, He said to me.
I go by Sabine and asks me, of course in French, with tone quite worried:
on the Road-book notes are fine, the track and the road book return?

And he: “ go you're leading the race, you were the one to take the Bonne slopes !

I hadn't yet met a single concorrente...ma all came. And I didn't have anything wrong, were others who, failed the pop, all behind, I was in the lead, me and my motina who stood together with the straps and finished tires.
After a while comes Orioli with Cagiva che mi passa at twice the speed ... then Rahier Suzuki ... I thought SIN, I got a taste, but there were more than 400 kilometers in Ténéré with sandbanks infiniti and a chance to get bogged down or getting lost more 1000 times.

It was nice while it lasted!
Returning to Agadez, I got there late at night, in seventh place, and I guarantee that considering my condition, It was as if I'd won special! When you come to Agadez at night from an individual is a mess, There is nobody waiting for you and don't really know where to go, not your usual bivouac, begin to spin and to look for someone you know who can tell you where you can sleep eat, and do your first shower after Paris.

But my thoughts after drinking a beer in the first kiosk was to find a place on the dusty road to fix the bike, change the tires and replace the air filter (I rode on my bike that Renault's paper 12, car very prevalent at the time in Africa, and then also to Agadez).
I wasn't thinking about the next day's rest, adrenaline racing doesn't it feel real tiredness, six destroyed but think the next step, to what you have to do to survive in the race, that consumes you slowly.
If the stories now waiting with the camper and the cleaner no one believes, did you have to go to latch, If you don't find new tires from some team that lost for the pilots had to replace those discarded by big, and definitely were better than your. Go over everything they can, change the oil, Clip fasteners and solder if there was to be welded.

If you had luck and truck on which you rented your small space, It was still in the race we came your things and your ricambi...in salad, completely covered up and eroded by abrasion and vibration of a piece against each other in the truck on the track.
If you had a sweatshirt and a pair of trousers on the truck were certainly not fresh but they were definitely better than the Dainese you had on me about ten days.
Well from this salad had to retrieve your pieces and change everything, chain rack and pinion, adjust the best way possible everything you had destroyed in the early 10 race days and introduced at the start of the next day with a minimum of dignity!
The shower and thought to get a little’ physically it was really the least of the problems.
And they called him the day off. 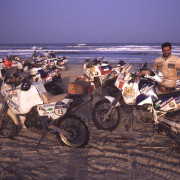 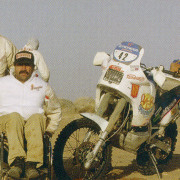 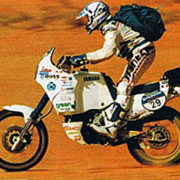 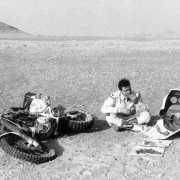 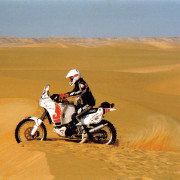