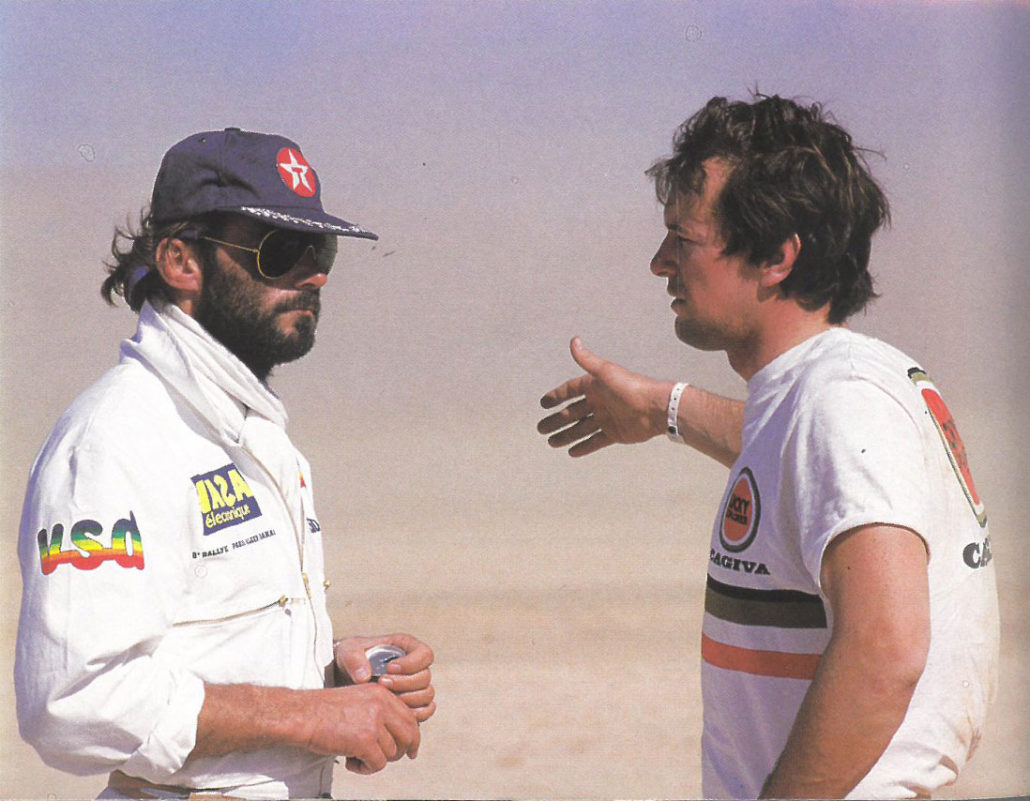 The helicopter envied him all. They could hear him coming from afar as we trudge on the track. Holes, Jumps, Dust. Especially dust. That impalpable fech fech through which not only can you not see, but you don't even breathe. He passed and from the belly of the Ecureil of Aerospatiale a giant lettering fired: Thierry Sabine.

It was not possible to confuse him. Whether it was the blond, Skinny, Nice Francois Xavier Bagnoult to guide him that himself, flew very low. He touched the slopes having fun, sometimes to target us. If he wanted to stop you for any reason, he did it by whizzing over the roof and then placing himself further hovered in the air. The other helicopters flew higher, ready to intervene in the event of an accident, but he was the shepherd dog of a scattered flock, Sometimes, for a thousand miles.

If you saw him standing up on the vertical you could imagine him with your gaze fixed far away on a point on the horizon. Maybe dozens of clouds of sand strewn across the desert that he would hunt, Met, Driven. If they were not blasphemies those that flew at him, certain, it wasn't about compliments. 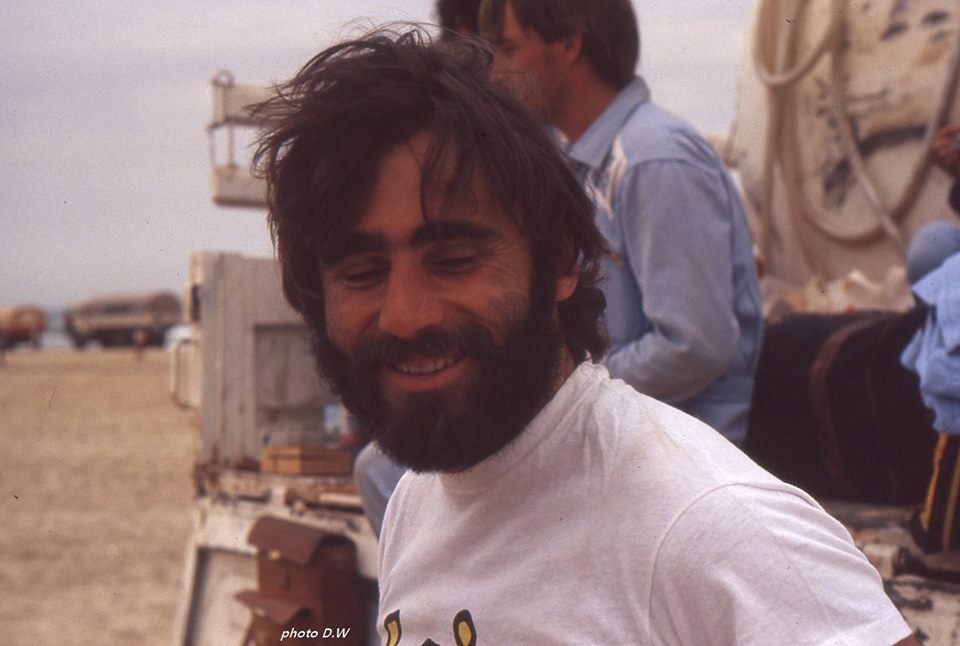 And the feeling that everyone felt for him in those moments was identical: Hate; but also love for what he could do; push you where, alone, you'd never go.
Not even paid at any price. We confided it at night, at the bivouac, skin a few hours allowed for sleep before the inevitable “Briefing” of the six, when it would reappear, iadmissible, Sly, histrionics to harangue the rally: at paris-dakar we all journalists, photographers, pilots, mechanics we would also go for free.

And behind him we were ready to run for a month in a row. As long as Thierry showed up at dawn to give us the news about the next stage he would never leave us behind. We didn't just forgive him for the helicopter.. That contraption that he vented by keeping him away from the dust. Far unapproachable, like any god who respects. and for
this reason at every end “Dakar” we punished him, we veterans, on the beach that leads from Sali Portudal to the capital of Senegal: flew invariably into the water as soon as he got out of his helicopter. 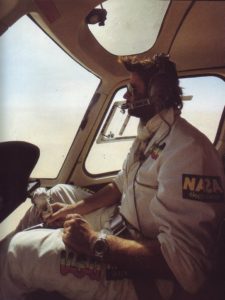 By now it was a rite and a tradition together. But at that moment he also spoke of the desire for a partial revenge that would purge him of his mockery from the heavens. A purification that allowed him, at every 22 January of the year, to get out of his role as the executioner of the sands to become again, the 1 January of the following year, the general of an army that for three weeks would not stop unless on his orders.

An order that he, Anyway, he would never give. Neutralizing a stage you could, it was a way to slow down the race when the sandstorm swerved the caravan and forced the drivers to shelter, Leeward, of your cars or motorcycles, but stop the race ever. It wasn't really in his mindset. The Beautiful, the hard, the bestial of the Dakar is that the rally would still continue, despite everything.

It was the only certainty of an otherwise imponderable race. And also the firm point of Sabine whose obstinacy in trying to balance in accounts between private individuals and officers was expressed mainly in making the raid harder. Year after year, as if that could help the 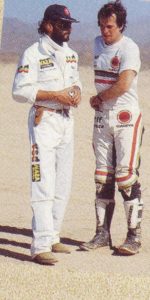 gentleman of the race, instead of penalising them further.

But this was above all his fixation: man had to prevail over the means, so in recent times the stages traveled with the only help of the compass had increased. At first there had been the only Ténéré. Then it was Mauritania's turn. This year even Thierry found the infernal Bilma-Agadem with his 75 dune beads and, not pleased, also exhumed Guinea.

At the time of the tragic crash, where in addition to Sabine four other people lost their lives, everything was on the edge at the Dakar. Probably himself too. It wasn't just the means in the race that were tried, nor just the pilots, but also his organization, and certainly Thierry Sabine “Le Magnifique, 1999”, “Jesus, 19”, man by many nicknames was not spared.

He was traveling in el

icopter, It's true, but it was his voice a little’ Shrill, metal at the exit of the megaphone that woke you every morning at the 6 for the “Briefing”. You could still have dust on the corners of your eyes, feel wacky, he wouldn't have been. His morning throne was the shore of one of africatours trucks, and as the race went on, and less and less were the competitors, the more the speech became a moting between friends.

A bang and response with the contestants on the thread of subtle humor, all his own, typically French. Untranslatable. And introduced, although for two years Now Thierry was repeating that he would repeat the briefing also in English. He had also mentioned this this #8217;year, on the Tepasa, the ship from Sete to Algiers, but no one had believed him.

Then he himself, Later, seeing Hubert Auriol speak to a group of journalists in the language of Albion had confided to him: “But how do you? I just can't”.
A weakness not to speak languages. He was ashamed of it.. But also an incredible thing that the rally, born as an event French, had managed so relatively quickly to expand, make yourself known as the only, the last adventure of the 80s′. Something people loved. The People of the Street, not only pilots. I wonder if he's going to survive..